Crawley Town FC has today announced a new partnership for the naming rights to Broadfield Stadium with local company The People’s Pension, which provides workplace pensions to over 4 million people across the UK.

The partnership will run until the end of the 2021-22 season and will see the Broadfield Stadium renamed as The People’s Pension Stadium.

Commenting on the partnership, Crawley Town FC Commercial Manager, Joe Comper said: “The deal is significant to the club, the fans and the community as a whole. Extending our relationship with The People’s Pension is a natural progression of a partnership that is going from strength to strength. It has been a long process finding the right partner to take on the naming rights, and we are delighted with the outcome.

“We have achieved a lot together already and I’d like to thank everyone involved in making this possible.”

To celebrate the new stadium sponsorship, The People’s Pension and Crawley Town FC are offering supporters the opportunity to purchase a double-game ticket for the Colchester United F.C. fixture on New Year’s Day (Tuesday 1 January) and the Cheltenham Town game on Saturday 5 January for just £10. More details will be released on the club website at 5pm on Friday. 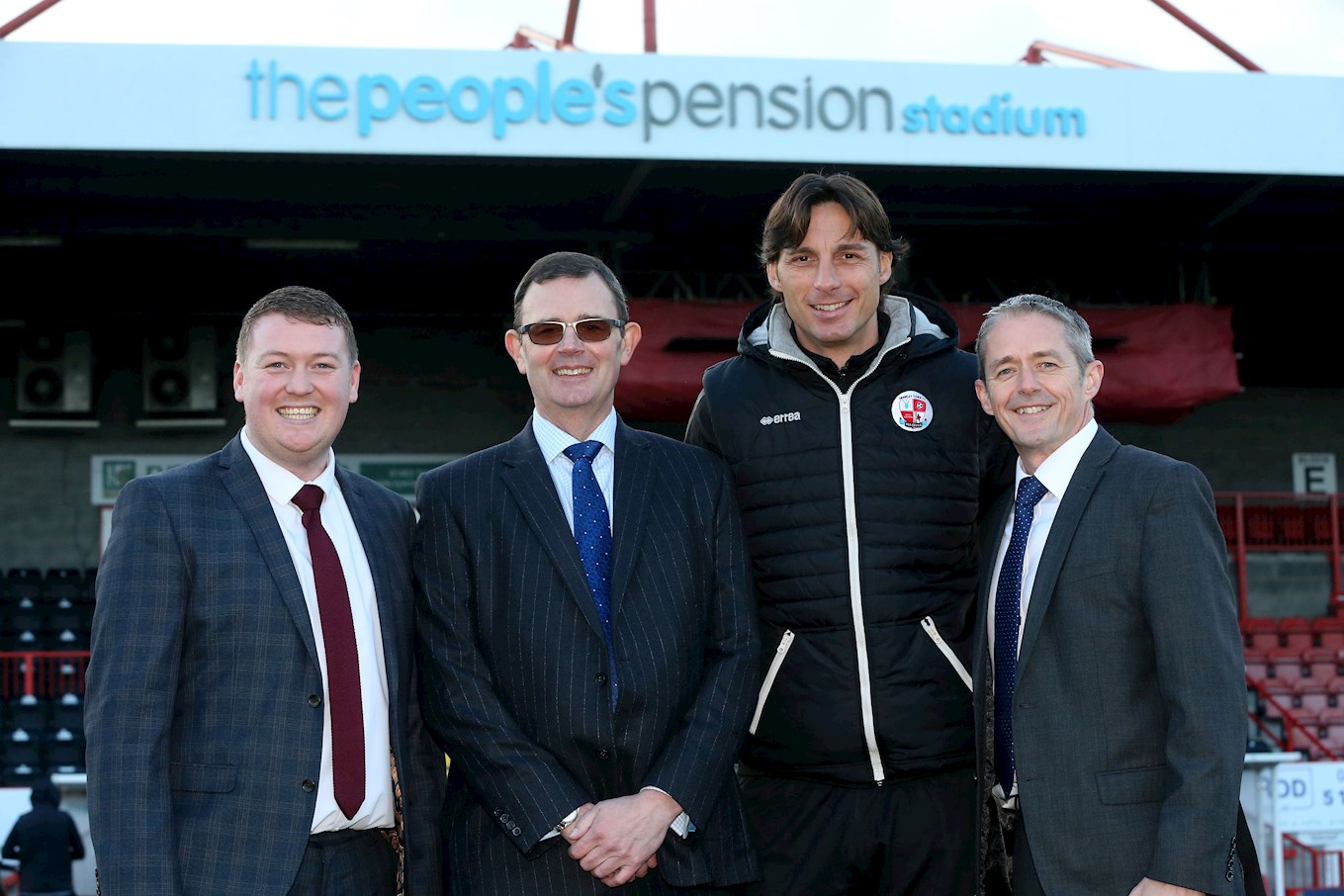