For Reds fans of a certain age, the visit of Saturday's opponents will always evoke back fond memories.

The clubs have played each other four times in the Football League – with two wins apiece – but it is the first ever meeting between the clubs back on November 16 1991 that long-standing Crawley fans recall most of all.

Reds were making one of their rare appearances in the first round of the FA Cup and drew the Cobblers at Town Mead – our old ground which 20 years ago was flattened to make way for the Crawley Leisure Park in the town centre. 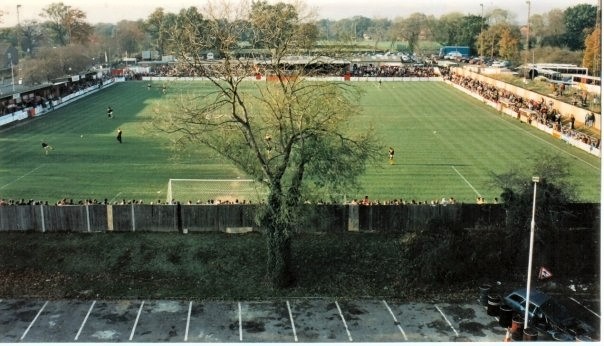 More than 4,000 fans packed into Town Mead for the cup tie against Northampton

Town Mead wasn’t much to write home about. The pitch tended to get very wet in winter, there was a slope towards what was affectionately known as the Fire Station End and apart from a small stand seating about 300 spectators and two covered sections of terracing it was exposed to the elements.

But a generation of Reds fans grew up watching the club at Town Mead and a cup tie against a League team, admittedly one struggling in what was then the old Fourth Division, was an occasion to savour.

It captured the imagination of the town as much as our fifth round run to Old Trafford in 2011 did because, back then, the FA Cup meant something. It wasn’t the competition pushed to the margins of English football as it seems to be these days.

It was Reds’ first appearance in round one for 20 years and only the third time in their history we had got to that stage and when fans began arriving on a bright but chilly afternoon they got their first surprise. Former Brighton winger Tony Towner had returned to the club for a second spell and was back in the line-up, leaving Dave Venables and Craig Whittington up front. The veteran winger more than justified his shock recall. 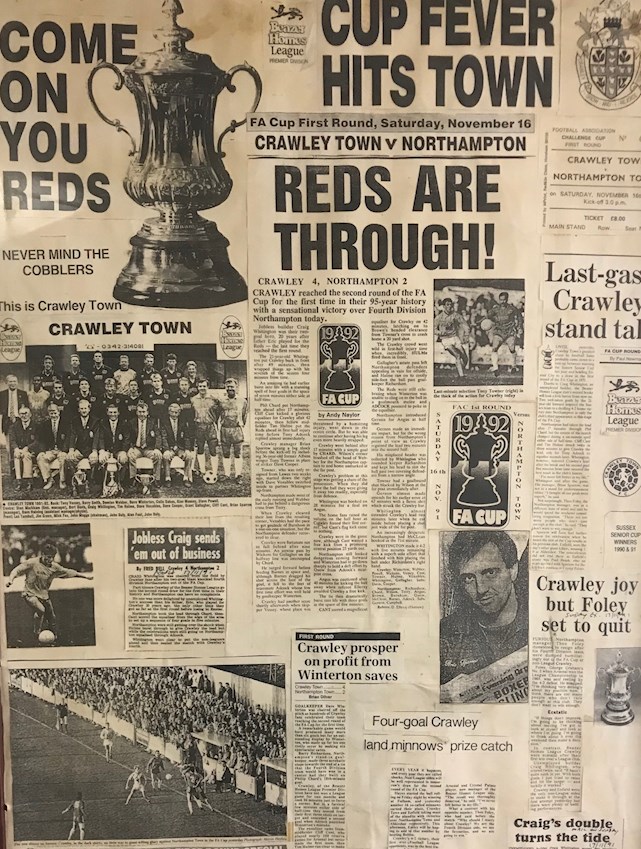 A surprise didn’t look on the cards early on. Northampton took the lead through Phil Chard and Reds appeared to be overawed by the occasion. But then things changed in the space of five minutes before half-time. Cliff Cant volleyed the equaliser after the visitors failed to clear Towner’s corner and two minutes later midfielder Tim Hulme was played in by Grant Gallagher and coolly made it 2-1. 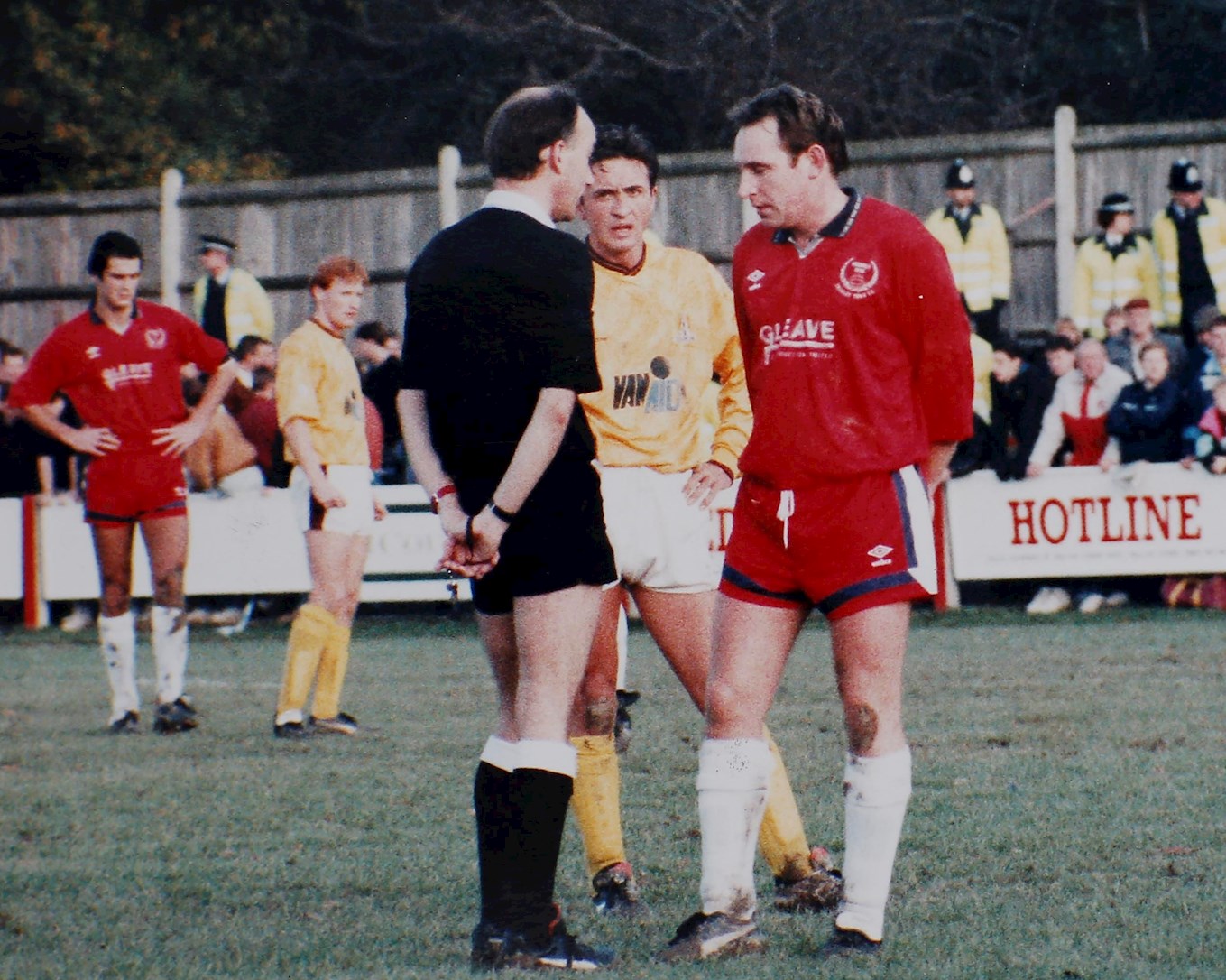 Amazingly, Tony Adcock made it 2-2 before the break but in the second half, as they attacked down the slope, Reds took control. Whittington latched onto Cant’s through ball to round keeper Barry Richardson and made it 3-2 and with six minutes left 'jobless brickie' Whittington got clear on the counter-attack after Venables played him in and he got his second to secure a famous 4-2 win. 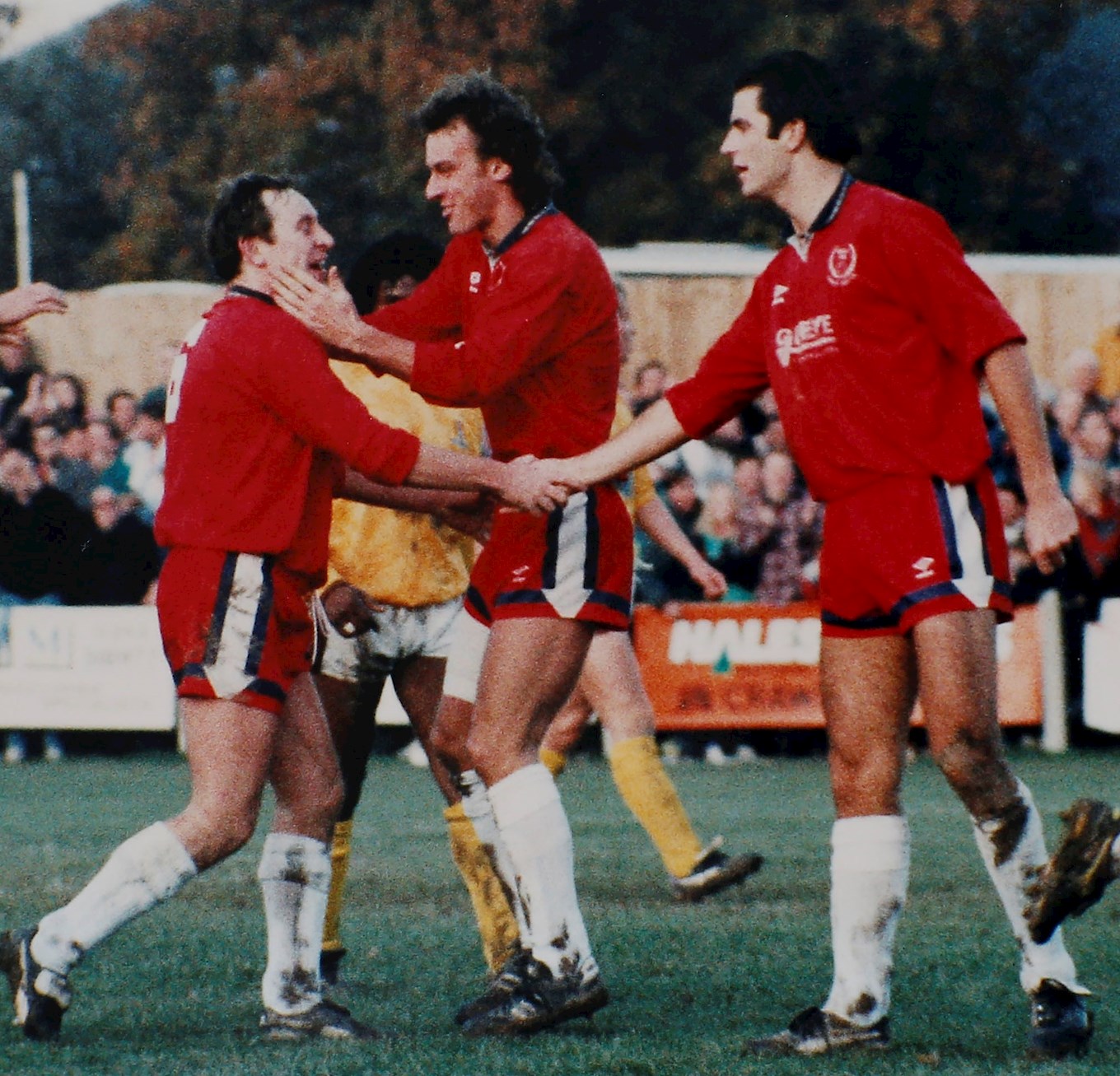 Hundreds of jubilant fans stormed onto the pitch at the end as Crawley enjoyed their first brush with sporting fame – the goals were shown that night on Match of the Day while Sparrow admitted in an interview that he felt the result did not flatter his side, which his opposite number Theo Foley agreed. Foley’s reputation did not survive and he left Northampton a few days later.

The Cup run continued. After dispatching Hayes 2-0 in the second round the third round draw paired Reds with Sussex rivals Brighton. Over 18,000 crammed into the Goldstone and although Brighton won 5-0 it was another of those ‘I was there’ moments for Crawley supporters. 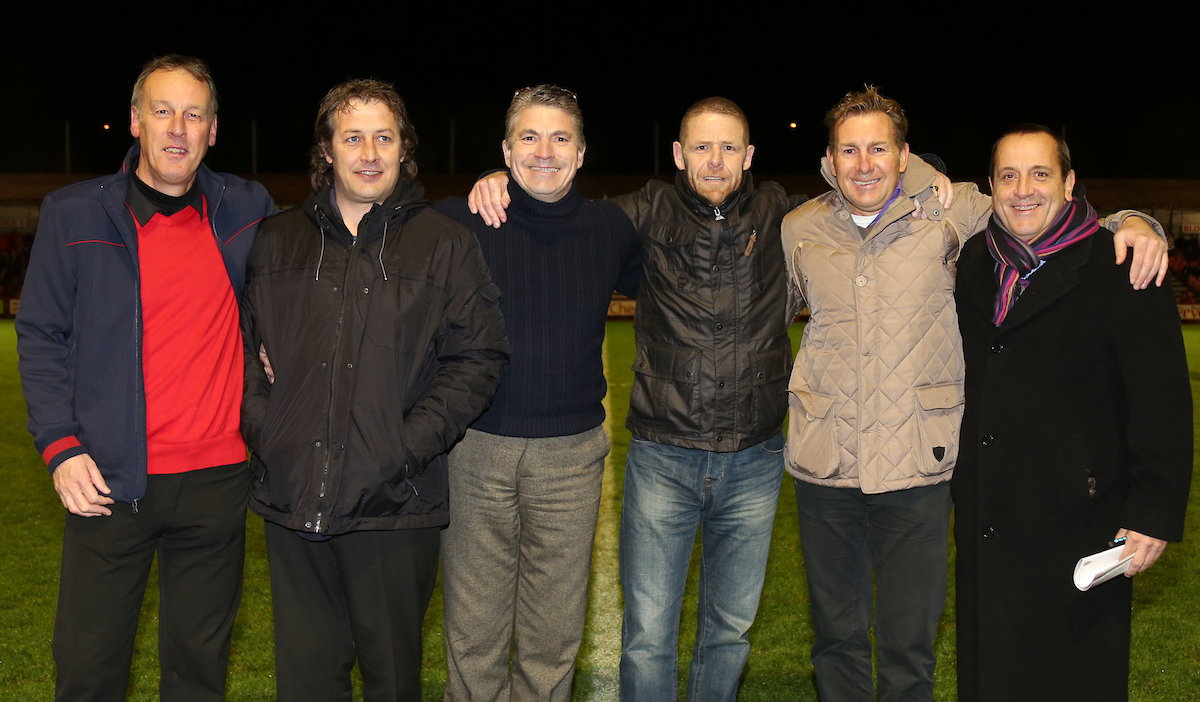