As part of a new initiative, Crawley Town FC and its main sponsor The People’s Pension will give away new home shirts to 1000 children from schools across Crawley.

The club, its players and Reggie the Red will deliver shirts to children under five at 29 primary schools across the town before the season kicks off in August.

Commenting on the new initiative, Crawley Town Operations Director Kelly Derham said: “This is an initiative we’ve been keen to roll out in the town for some time and I’m delighted that The People’s Pension share our vision to increase interest in the club among youngsters.

"Initially this is a one-year contract, but we hope that it’ll be a success and we can continue this on an annual basis.

“We are always looking at ideas to increase awareness of the club and our partners in Crawley. We know that traditionally a lot of football fans in the town follow the big London clubs so we’re concentrating on engaging young fans, boys and girls.”

The People’s Pension, CEO, Patrick Heath-Lay said: “As a company deeply rooted in the local community in Crawley, we’re proud to back this fantastic initiative, encouraging young fans to support their local team and bringing the town together.” 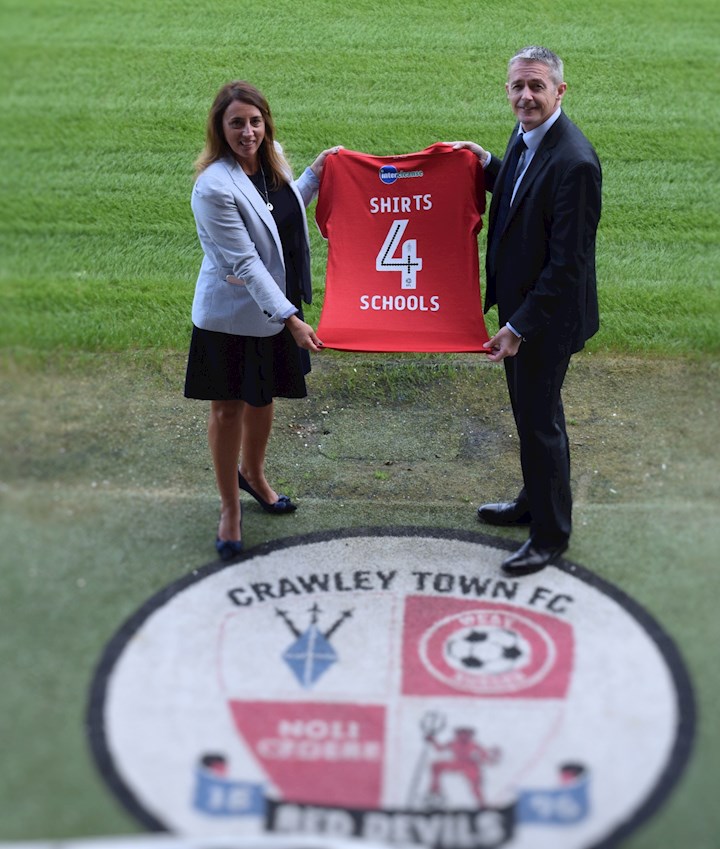