Crawley Town FC has announced The People’s Pension as the club’s principal shirt sponsor for the next three seasons.

The not-for-profit organisation, based in Crawley, provides workplace pensions to almost 4 million people across the UK, and employs more than 400 people locally.

Following a successful partnership with Crawley Town since 2015, as sponsors of the East Stand at the Broadfield Stadium, The People’s Pension logo will take pride of place on the team’s shirt for the first time at their pre-season friendly with Championship club Ipswich Town on Tuesday 17 July 2018, to be played at East Grinstead Town FC.

“We’re delighted to strengthen our partnership with The People’s Pension and welcome them as our principal shirt sponsor.

“Our partnership with The People’s Pension will be much more than a sponsorship deal. As a major local employer they’re keen to give back to the local community, particularly among the next generation of Reds fans, so we’re working together on some exciting initiatives to be revealed in the next few weeks.”

The new shirts will be revealed on Friday.

Patrick Heath-Lay, Chief Executive Officer of The People’s Pension, said: “We can’t wait to kick off the new season with Crawley Town. As a local employer it’s important to us to be an active part of the community, supporting issues and activities that make a real difference locally. Through our partnership with Crawley Town we will continue this support both directly at the club and in wider local initiatives.” 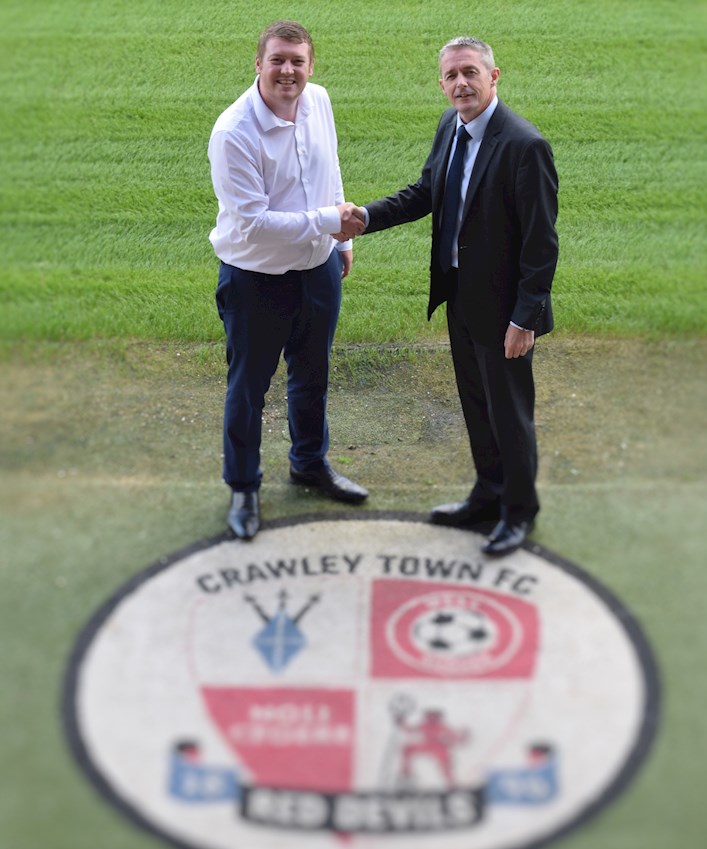