A look ahead to this season's opponents starting with Bury

With the play-offs finished, the League 2 line-up for the new season is decided. We will be taking a look at each of our rivals over the next few weeks, starting with Bury.

Bury were relegated to League Two last season after three seasons in the third tier.

Ryan Lowe (main picture) was named caretaker at Gigg Lane after the departure of Lee Clark last October before Chris Lucketti was appointed on a permanent basis. Lucketti was unable to stop their slide towards relegation and after just three months Lowe was handed the job again in January. Earlier this month he was named permanent manager on a two-year contract.

The 39-year-old has made over 600 League and Cup appearances since making his debut for Shrewsbury in 2000. This is his third spell at Bury but his first management role.

The new boss didn’t mince his words when assessing Bury’s return to League 2, which was confirmed in early April when they lost at home to another relegated club Northampton Town.

"I've done everything I possibly can for the boys, given them everything they need - the sessions, the atmosphere and the training,” he said. “So, the players from start to finish need to take responsibility for the relegation because they're the ones that play most weeks. There hasn't been one fight in my dressing room this season since I took over. Not one scrap. I probably had 10 or 15 in my career. It means you want to win."

Ryan Lowe’s first summer signing is familiar to Reds fans. Midfielder Nicky Adams, pictured below with Nicky Ajose, is back at Gigg Lane for a third spell, Bury having been one of four ports of call since he left the club in 2014. Since then he has also played for Rotherham, Northampton and Carlisle United, where he spent much of last season recovering from a knee injury. Adams played 94 times for the Shakers at the start of his career before heading south to work with former Bury boss Richie Barker when he took over at Crawley in August 2012. He was with Reds during our first two seasons in League One, scoring 13 goals in 82 appearances, 80 of which were starts. 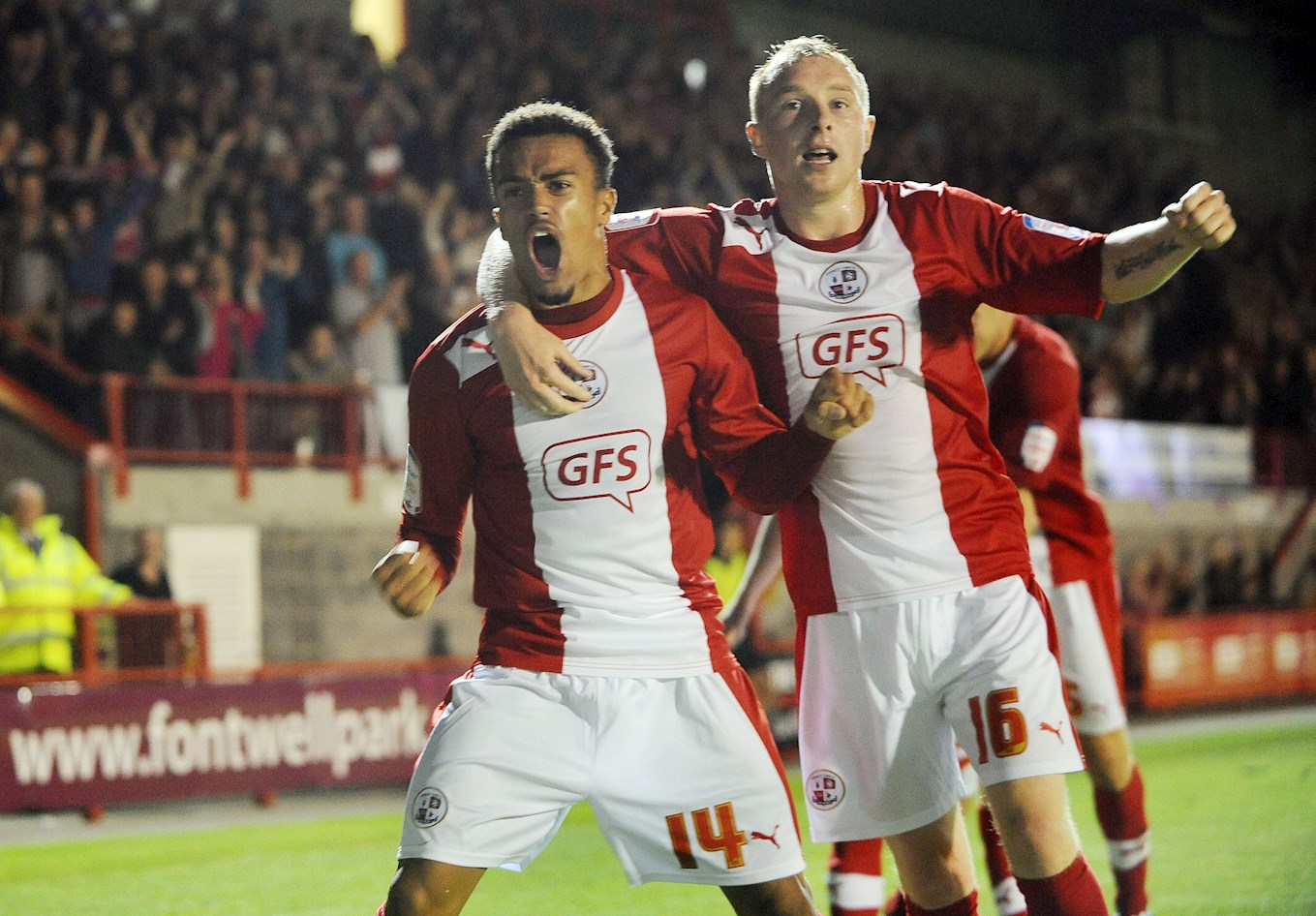 Our two games with the Shakers this season will be our first in League Two, the previous two meetings having taken place in League One in the 2012-13 campaign when Reds won both. A 3-2 home success in October 2012 saw Adams net twice, including a last-minute winner, after Hope Akpan had made it 2-0 to the hosts early in the second half. Tom Hopper and Andy Bishop replied in front of a crowd of 3,300.

At Gigg Lane the following March Reds won 2-0 in front of 2,491 with Jamie Proctor scoring twice.

We also met in November 2011 in the first round of the FA Cup at Gigg Lane when goals from Tyrone Barnett and Michael Doughty secured a 2-0 win for Reds.