We caught up with former Reds defender Joe Walsh, who is a member of a selective club of players who have made more than 100 League appearances for the club.

Joe made 110 appearances for the club between 2012-15, having been signed from Swansea City by Richie Barker.

Barker was no.2 to Karl Robinson when Walsh headed to MK in time for the club’s debut season in the Championship. He made 22 appearances in the second tier and scored his first goal at that level in 2016 in MK’s 1-0 home win over Reading.

An injury sustained in an FA Cup tie at QPR in January caught short his season as MK were relegated to League Two but the 25-year-old has been a regular in MK’s impressive start to the new campaign.

What were the stand-out moments of your days at Crawley?

I had quite a few good moments at Crawley but the ones that stick out the most for me were probably scoring on my first start for Crawley against Gillingham in the Football League Trophy. Another was beating Wolves at the Broadfield 2-1 when John Gregory was in charge – the atmosphere was bouncing that night.

Are you still in touch with any of your old team-mates?

Yes, I still speak to a few of the boys from my time at Crawley. I’ve played against a few of them since then as well so I get a quick catch up then when I see them. It’s strange in football though, how you go from seeing your teammates everyday and forging close friendships to the next day when you are moving away and not seeing them very often. But it’s something you have to get used to!

Who did you enjoy playing with?

I used to enjoy playing with most of them to be fair! But probably Kyle McFadzean because I played with him mostly at centre back and we had a good relationship on and off the pitch.

Do you still take an interest in what’s happening at the club?

Yes, I’ve always looked out for the Crawley results ever since I’ve left and will always like to see them do well - but just not against us when we play each other this season! It was the club that gave me my chance in the League so I will always have a soft spot for the Reds. 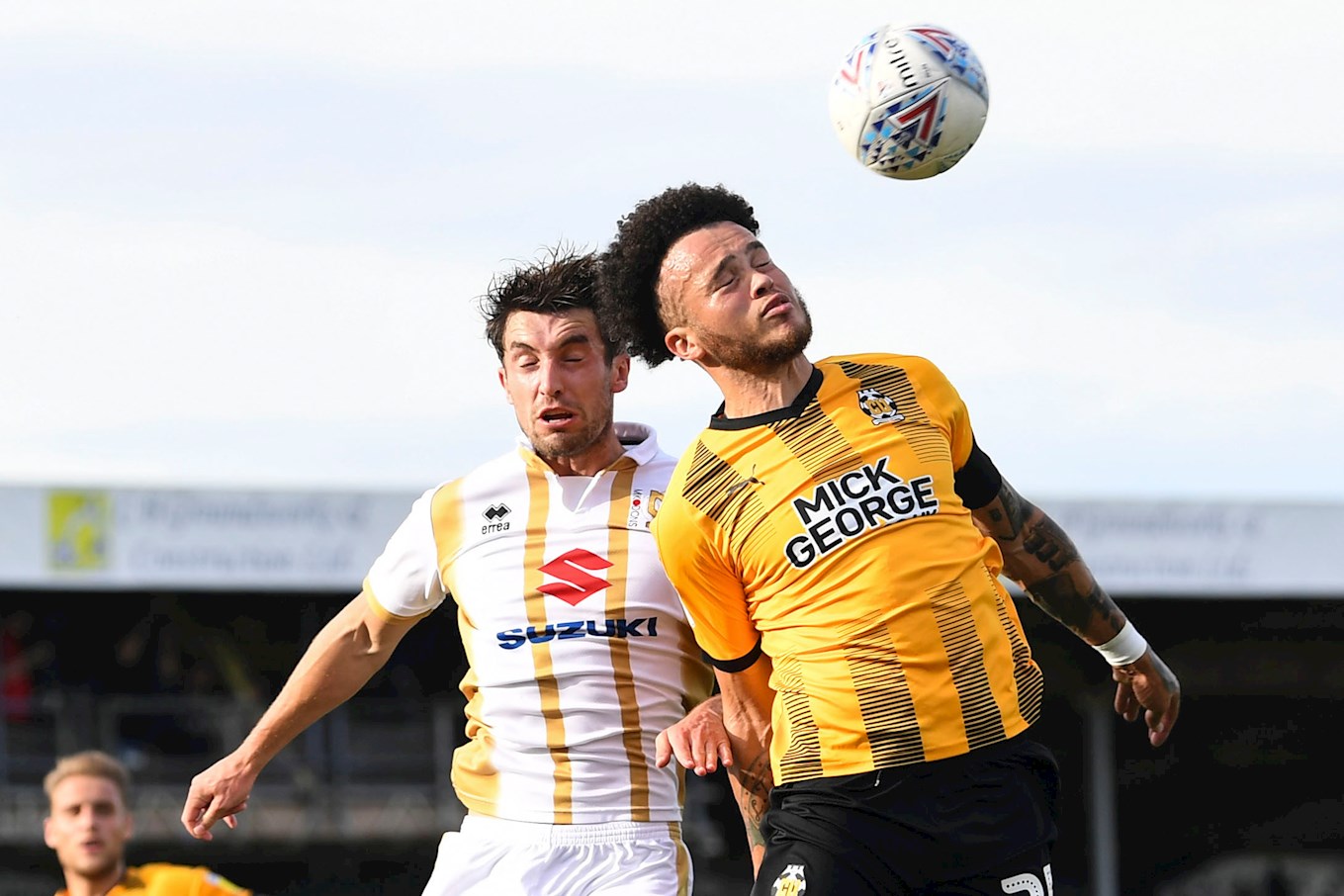 How will it feel coming back to Crawley with MK Dons on Saturday?

It will be my first time back there since I left in 2015. It will be strange going back to the Broadfield again but this time walking into the away changing rooms. I had good memories from playing there so I’m looking forward to it.

How are things going for you at MK Dons?

I’ve enjoyed it. I’ve had my injuries but I’ve loved it when I’ve been fit. I’m fit again this season and feeling good and our main aim is to get promotion. It’s a long season and I’m looking forward to the challenge!