Two wins, two defeats and two draws with our next opponents

Our record against MK Dons currently stands at two wins, two draws, and two defeats over six matches, all played in League One.

The first meeting between the two sides took place in October 2012. Billy Clarke scored a brace as the Reds overcame their opponents 2-0 at the Broadfield Stadium on a chilly Tuesday evening. The return fixture at stadium:mk the following April lacked excitement and was one of Town’s least exciting matches of the season. It ended 0-0.

Crawley got revenge for that defeat with an impressive 2-0 victory at stadium:mk in April 2014. Andy Drury struck early for the Reds with an impressive goal and Mike Jones (pictured below) doubled the lead for Town on the stroke of half time. MK battled in the second half and dominated the second period, but Reds held on for a fantastic away win. 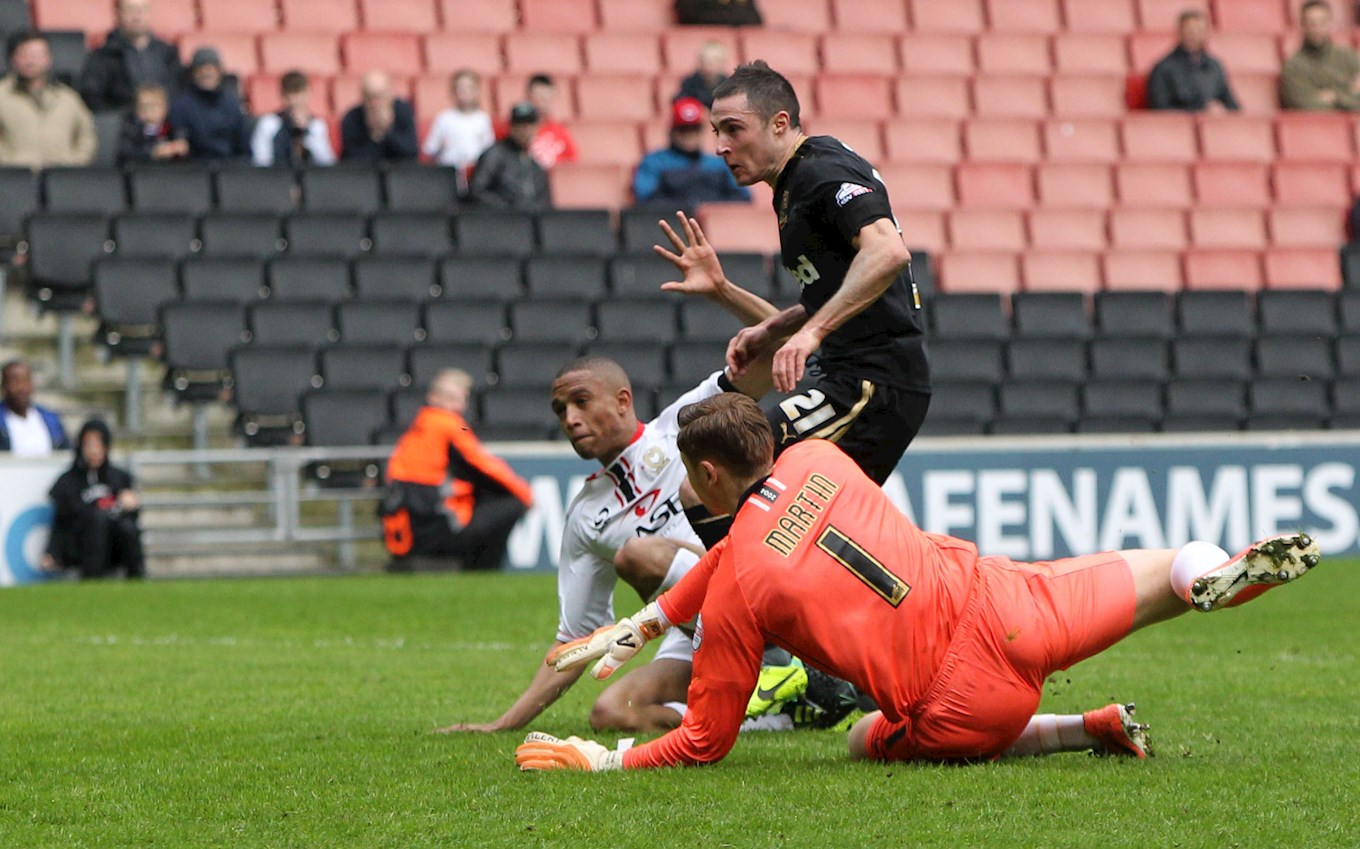 For the third consecutive time the next match ended 2-0 as the Dons recorded a home victory in August 2014. Future England star Dele Alli scored early on for the hosts. Former Red Kyle McFadzean was sent off for MK for a challenge in the area, but former Dons striker Izale McLeod missed from the spot and Town were made to pay for that mistake. Benik Afobe doubled their lead in second-half stoppage time.

The last time Crawley and MK met was probably one of the most memorable matches seen at the Broadfield in recent years.

There was no sign of anything to come when McLeod’s penalty put the Reds ahead in the opening quarter of an hour. But midway through the first half goalkeeper Brian Jensen picked up a hand injury that was to force him off. With no replacement on the bench, striker Matt Harrold was thrown in between the sticks just before half-time and Jensen stood behind the goal at the South End to give him advice.

‘Ginger Neuer’ as he became known, pulled off some wonderful saves before McLeod (pictured below) gave the Reds a 2-0 lead. Will Grigg managed to finally put one past Harrold with 15 minutes, but Reds battled late on and looked to have secured a memorable victory. That was until the sixth minute of stoppage time when Reds failed to clear a goalmouth scramble and Dele Alli smashed home a late, late equaliser to make it 2-2. 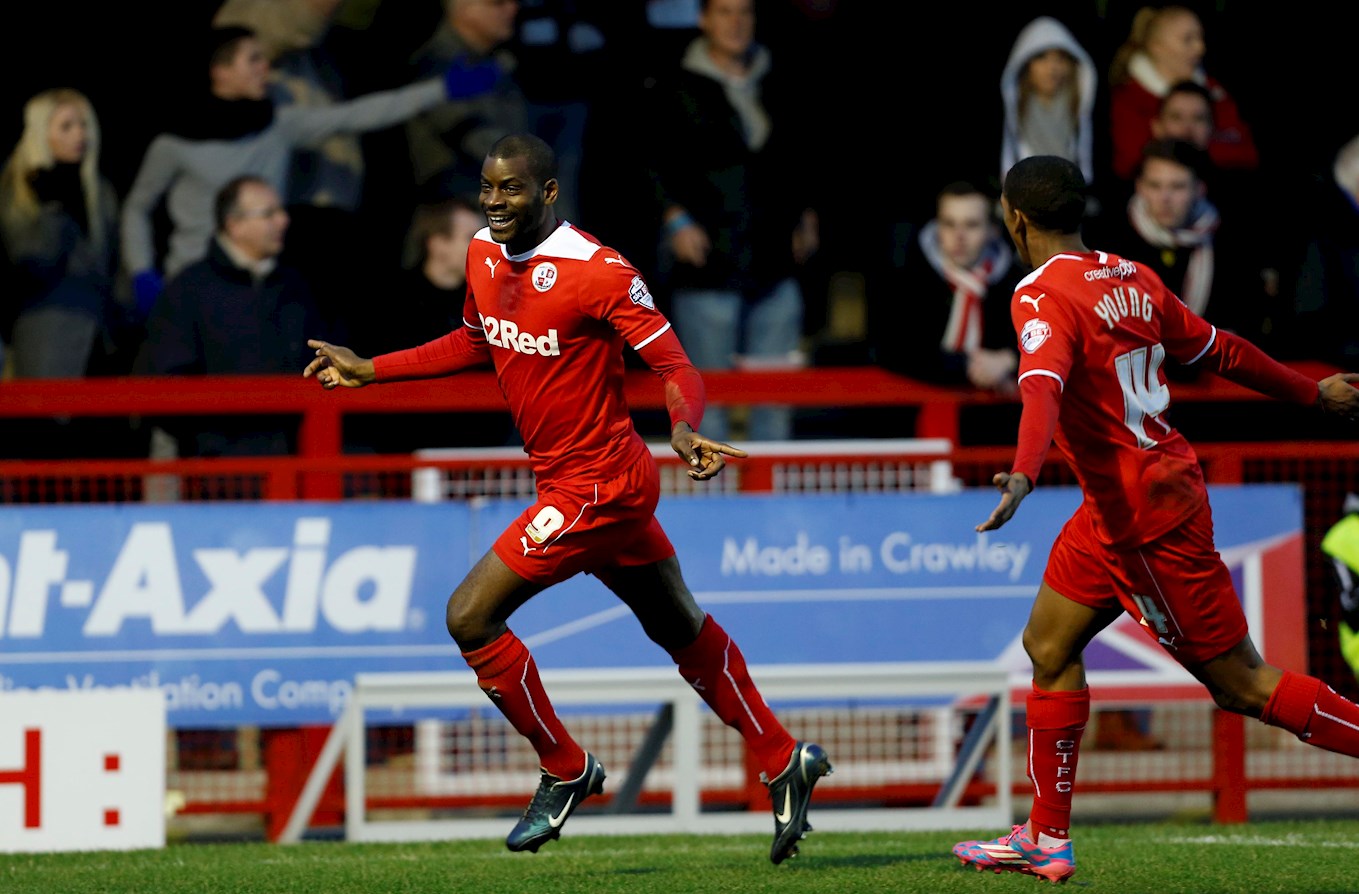