Reds have met Saturday’s visitors Crewe as many times as any of our opponents since we came into the Football League in 2011.

But we will have to improve on a pretty average record against the Railwaymen when David Artell brings his side to the Broadfield Stadium on Saturday.

It will be the 13thbetween the two sides in the Football League, which have taken place in League One and Two. Crewe have won six, with just two wins for Crawley and four draws.

Last season, Crewe recorded the double over us with a 2-1 win at the Broadfield and a 3-0 victory in Cheshire. In our home match, it was 1-1 after just nine minutes when Jimmy Smith equalised following Perry Ng’s opener, but Harry Pickering scored after the break to win it for the away side.

A double from Chris Dagnall and a Callum Ainley strike saw Crewe win 3-0 at Gresty Road back in December 2017 in a game which saw both Jimmy Smith and Jordan Roberts sent off for the Reds.

The first league meeting took place in December 2011 when the two sides played out a 1-1 draw in Crewe. Matt Tubbs scored the Crawley goal, equalising after Will Fletcher’s opener. Shaun Miller was given a red card for the hosts.

The return leg produced the same score-line in front of a bumper crowd at the Broadfield as the East Stand was opened for the first time. Almost 5000 were packed in to see Gary Alexander’s 88thminute penalty cancel out Byron Moore’s first-half goal in a game between two sides going for promotion.

The next two fixtures saw the same score-line – 2-0 – with both games being decided by a brace of goals. Laurie Dalle-Valle’s double at Gresty Road saw Crewe take the points in the first match, while Jamie Proctor’s two goals (second pictured below) were enough for the Reds in the corresponding fixture. 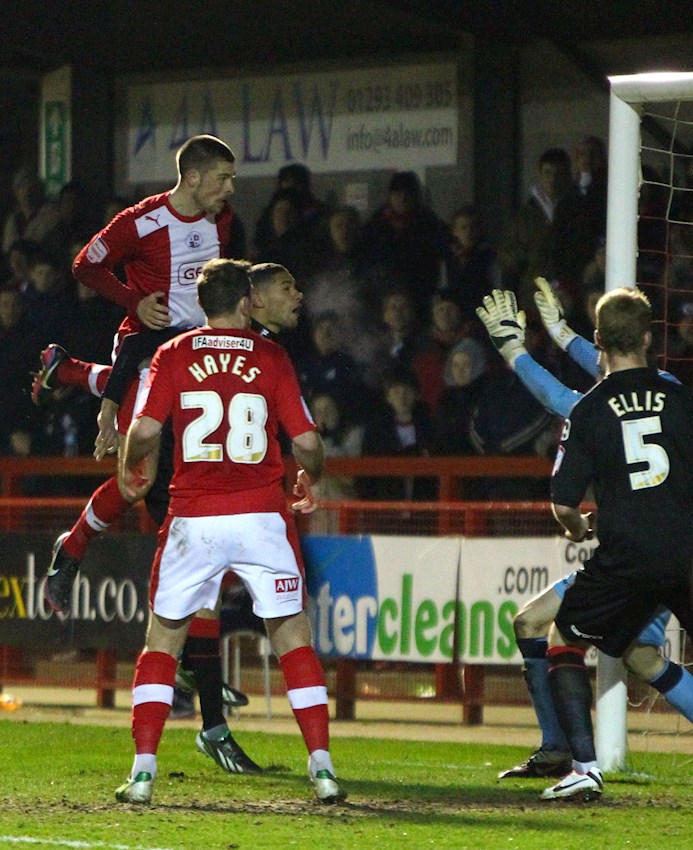 In 2013-14, Crewe did the double over us for the first time as Chuks Aneke’s goal was enough for the hosts to win 1-0 at home when Alexander and Martin Hinshelwood were in caretaker charge of Reds following the departure of Richie Barker.

Goals from Uche Ikpeazu and Brad Inman saw them win 2-1 at Crawley, despite Jamie Proctor’s strike, later in the season.

Our frustrating run of results against the Alex continued into the following season, as we drew twice – 1-1 at home with Izale McLeod (below) scoring our goal, and 0-0 in Cheshire on Good Friday 2015. 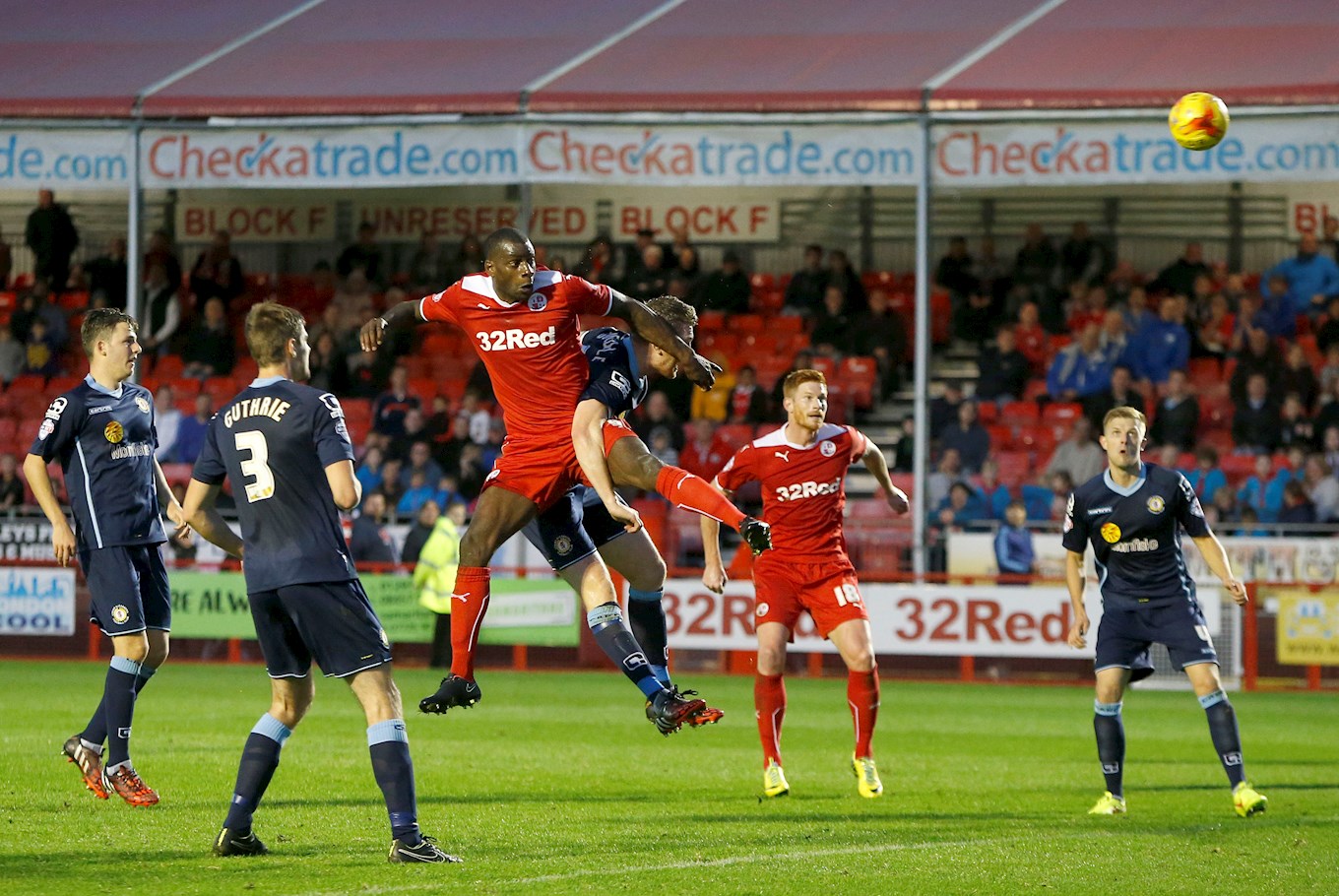 It was in December 2016 that we picked up our first win at Crewe, as James Collins scored twice (main picture) in a 2-0 win at Gresty Road. However, three months later, Crewe recorded their biggest win against us to date as James Jones, Jordan Bowery and Chris Dagnall all scored in a 3-0 win.