Reds are out of the FA Cup despite a spirited performance against League One high-fliers at The People's Pension Stadium.

Fleetwood scored the opener four minutes before half-time, with Josh Morris tucking the ball in at the back post, but a swift Crawley reply saw Ashley Nadesan and Ollie Palmer combine and Palmer levelled with an excellent volley to make it 1-1 at the break.

In the second half Fleetwood regained the lead through substitute Paddy Madden, who converted after Reds' appeals for a foul on Glenn Morris (pictured below) went unanswered, and Fleetwood did enough to see the game out and book their place in round three. 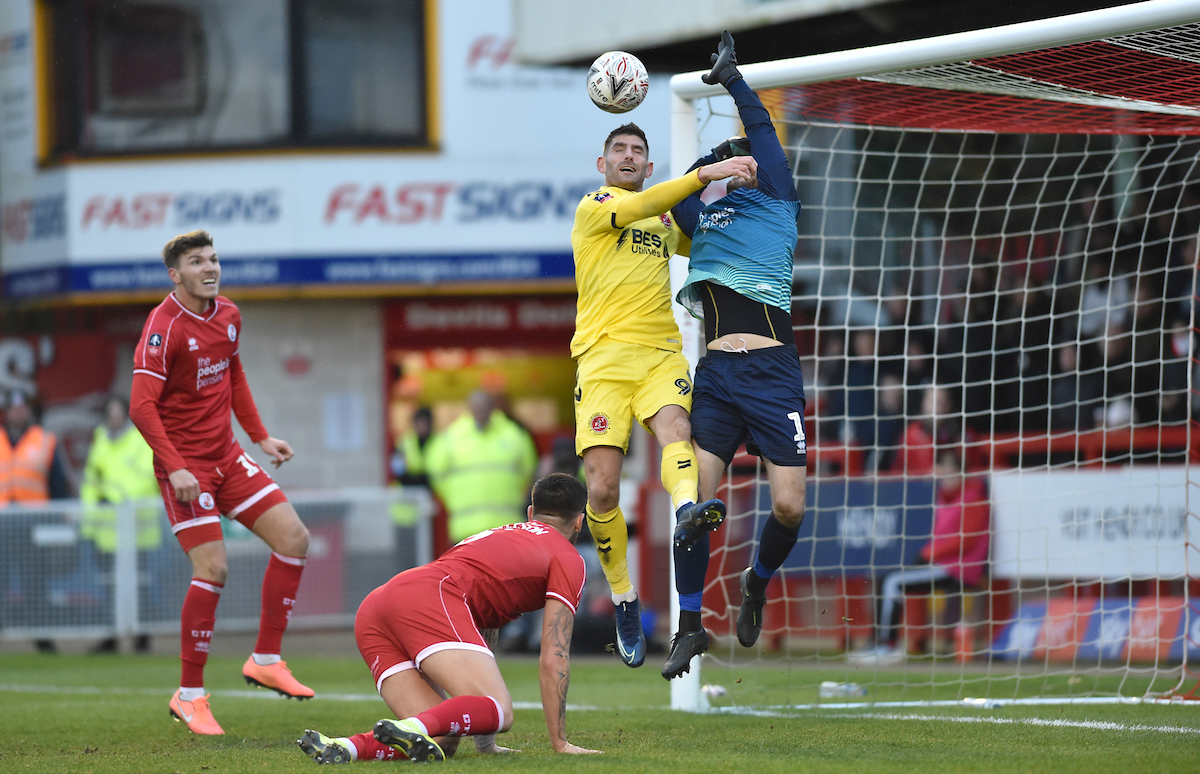 Dannie Bulman and Reece Grego-Cox made returns for Crawley after missing out against Exeter through suspension, as Panutche Camara and Nathan Ferguson dropped to the bench.

It had been largely even but uneventful first half when the Cod Army got their breakthrough four minutes before the break. Wes Burns’ cross came to Ched Evans in the box, who headed the ball on towards the back post and Morris was waiting to roll the ball underneath Glenn Morris in the 41st minute.

The Reds came up with an almost instant reply, as ex-Fleetwood striker Ashley Nadesan headed the ball onto Palmer, who sent a thumping volley past Billy Crellin to pull Crawley level on 44 minutes.

Crawley could have led early in the second half when Reece Grego-Cox took the ball forward from the right before sending a low cross to the near post where Palmer was waiting, but a good block from Ashley Eastham prevented the striker from getting his second of the game.

But on 66 minutes Fleetwood led again. Morris appeared to be impeded by Ched Evans as he tried to take a cross from Paul Coutts but after a goalmouth scramble Fleetwood’s top scorer Madden, was able to tuck the ball into an open goal, having just come on off the bench. It was his 14th goal of the season.

Crawley worked hard to come up with a response and Palmer laid the ball off to Bulman whose low drive flew narrowly wide of the far post. Fleetwood could have killed the game off when Evans was found unmarked from a corner but his header was just wide. And they came close when Kyle Dempsey spun in a teasing cross towards the near post, where Madden glanced his header inches wide of the post.

Bez Lubala had two shots blocked and Nadesan failed to get a close-range header on target in the closing stages but Fleetwood saw the game out.

Pictured: Ollie Palmer's superb volley makes it five goals for the season for the striker.