Saturday's meeting with Oldham will be our eighth since we joined the Football League, and our record stands at won two, drawn three, lost two.

The first encounter came back in 2012 in our first season in League One when we played out a 1-1 draw with the Latics at the Broadfield Stadium. Kyle McFadzean canceled out Jose Baxter’s strike in a game which also saw a red card apiece as Jean Yves M’Voto and Crawley’s Hope Akpan were both dismissed.

The return fixture in Greater Manchester was a huge one for the hosts, who needed a win to boost their hopes of avoiding relegation. The game was heading for a second 1-1 draw of the season after Mark Connolly drew the Reds level following Matt Smith’s opener, but Mvoto bagged a goal in the 90th minute to help keep the Latics in League One for another season.

The following season, both sides won 1-0 on their home ground with Joe Walsh striking for the Reds and Danny Philliskirk notching at Boundary Park a few days after Reds had beaten Wolves 2-1. Manager John Gregory couldn’t believe his team were so flat after such a great victory and kept the players in the dressing room for nearly an hour to conduct his post-match inquest.

Daniel Johnson and Gwion Edwards (below) were on target in a 1-1 draw in the North West in November 2014, a game which kicked off at 1pm because of an England international later in the day. 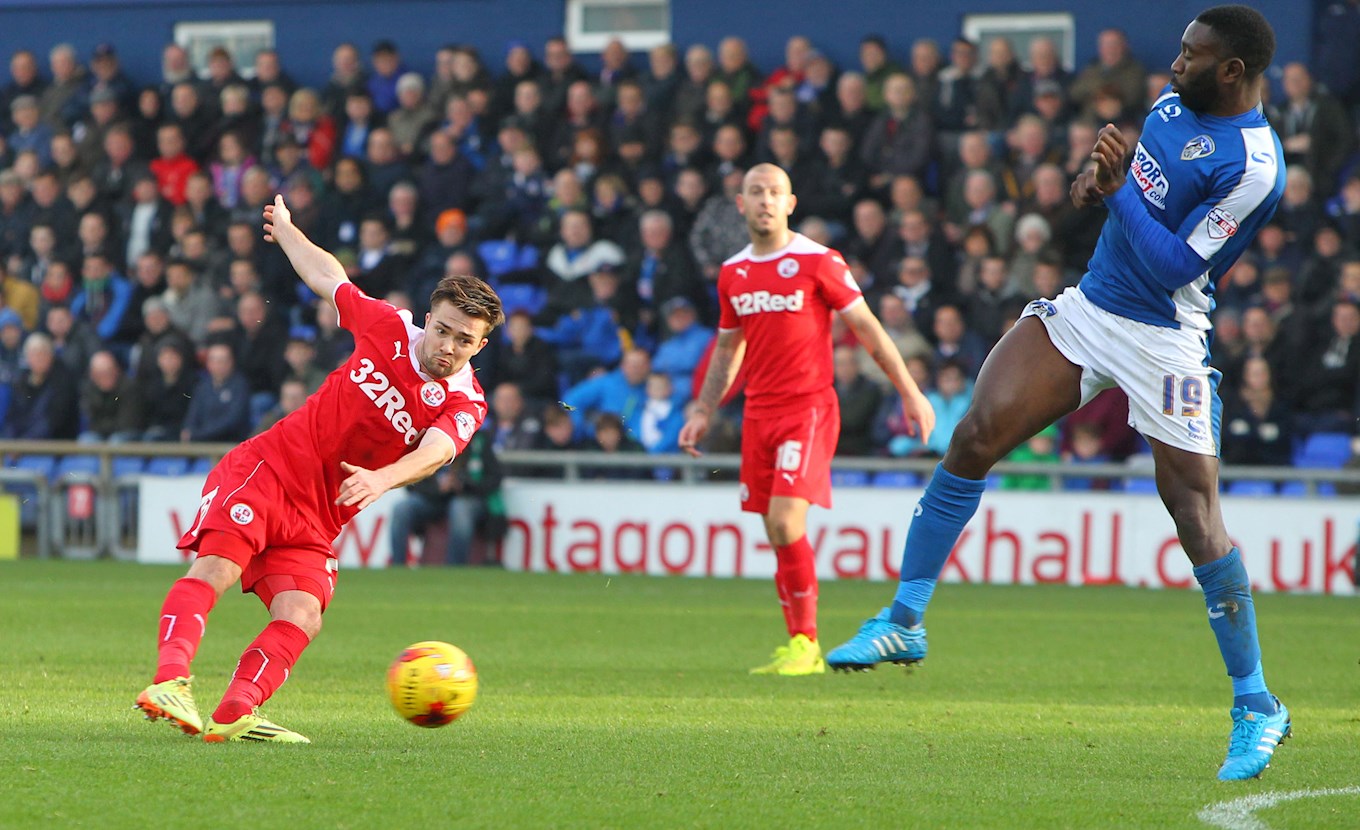 The last time the Reds hosted Oldham in West Sussex, the stakes were huge. Both sides were struggling at the bottom of the league, and with just a month left of the season the three points would be huge for both sides. The Reds gave themselves hope of staying up with a 2-0 win which was completed inside the first half an hour. Izale McLeod (main picture) gave the Reds the lead after just 15 minutes, before on-loan Richard Wood doubled the lead shortly after.

This season’s match at Boundary Park came in difficult circumstances for Crawley. With Harry Kewell’s departure confirmed, and Gabriele Cioffi yet to be appointed as Head Coach (although he watched from the stands), Filipe Morais and Jimmy Smith were in charge for the trip north.

Relegated Oldham took the lead early on through Gevaro Nepumoceno but the Reds put up a fight and found themselves level through the boot of Dannie Bulman. They could have been ahead before the break, but Ollie Palmer was denied from the penalty spot.

It looked like the managerless side would hold on for a good point, but on-loan striker Sam Surridge scored in the 89th minute to deny us in the cruelest of circumstances.