Having spent a majority of our Football League era either a league above or below Northampton, we have met Saturday's opponents just five times in recent years.

We also met in 1991, in what was at the time the Reds’ best ever run in the FA Cup when we beat the Cobblers – then of the old third division – 4-2 at the old Town Mead ground  in the first round. We went on to lose 5-0 in third round to Brighton.

Our first meeting since 1991 came in a televised fixture in 2011, as the Reds made their first ever trip to Sixfields in our debut Football League season. Matt Tubbs (pictured celebrating with Kyle McFadzean) scored the only goal live on Sky Sports, as the Reds recorded a 1-0 win. 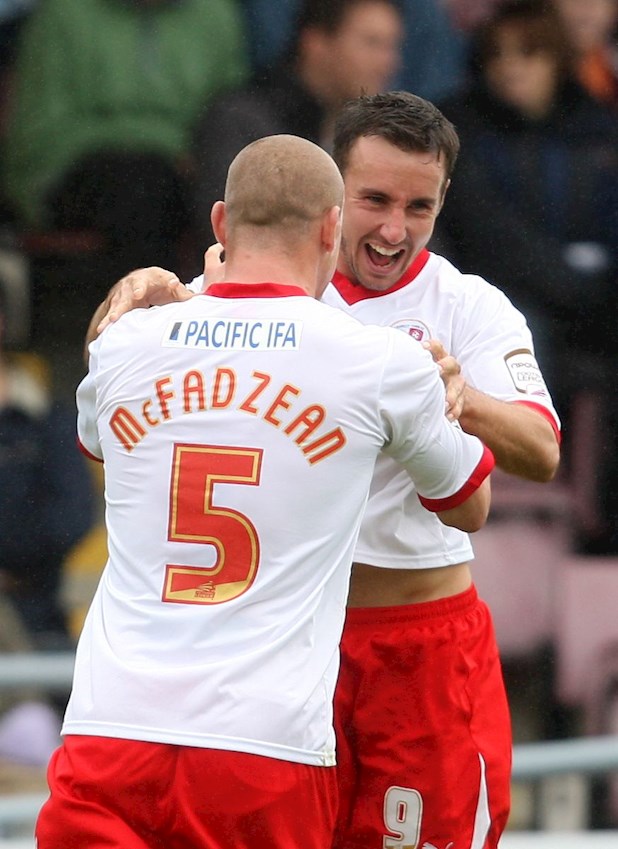 Crawley ran riot in the return fixture at the Broadfield as they went 3-0 up before half-time. Scott Neilson opened the scoring before Billy Clarke doubled the score after only 22 minutes. It was three shortly before the break when Neal Kitson turned the ball into his own net. Brett Williams added a consolation for the visitors but the Reds held on for a deserved 3-1 win.

There was a further three years until we next met, in a season that saw Northampton crowned League Two champions. It was November 2015 when John Joe O’Toole and Joel Byrom put the Cobblers 2-0 up inside 20 minutes at the Broadfield Stadium. Brendan Moloney was sent off in the second half, and Simon Walton slotted home the subsequent penalty, but it wasn’t enough for the Reds who couldn’t get back into the game and lost it 2-1.

The return leg at Sixfields was a similar story as the hosts raced into a 2-0 lead, with goals from Ricky Holmes and O’Toole once again. Gwion Edwards (main picture) scored late on for the Reds but all hopes of a comeback were dashed when on-loan defender Andy Bond was sent off minutes later. We went down 2-1 in what was Mark Yates’ final away game in charge of the club.

Our home game with the Cobblers in December was a lively affair. Northampton scored the only goal of the game from a disputed penalty in the second half before Ollie Palmer was sent off shortly afterwards and the Cobblers saw the game out for a 1-0 victory.