Saturday's meeting with Macclesfield will be only the fourth in our history, although the visitors do have a place in the recent history of the Reds.

The Silkmen were our first ever home opponents in the Football League back in August 2011 and the Reds, then managed by Steve Evans, won 2-0 thanks to second-half goals from Tyrone Barnett and Wes Thomas, although the winning margin could have been much greater such was Crawley’s dominance.

The return fixture at Moss Rose in March 2012 also saw the Reds take a 2-0 lead but we were pegged back in this one. Claude Davis’s goal coupled with Kyle McFadzean’s second-half finish put the Reds in control before a late push from the hosts saw them draw level with two goals in the final five minutes. Vinny Mukendi and George Donnelly were the players that snatched a point for Macc, whose side included Mark Connolly. 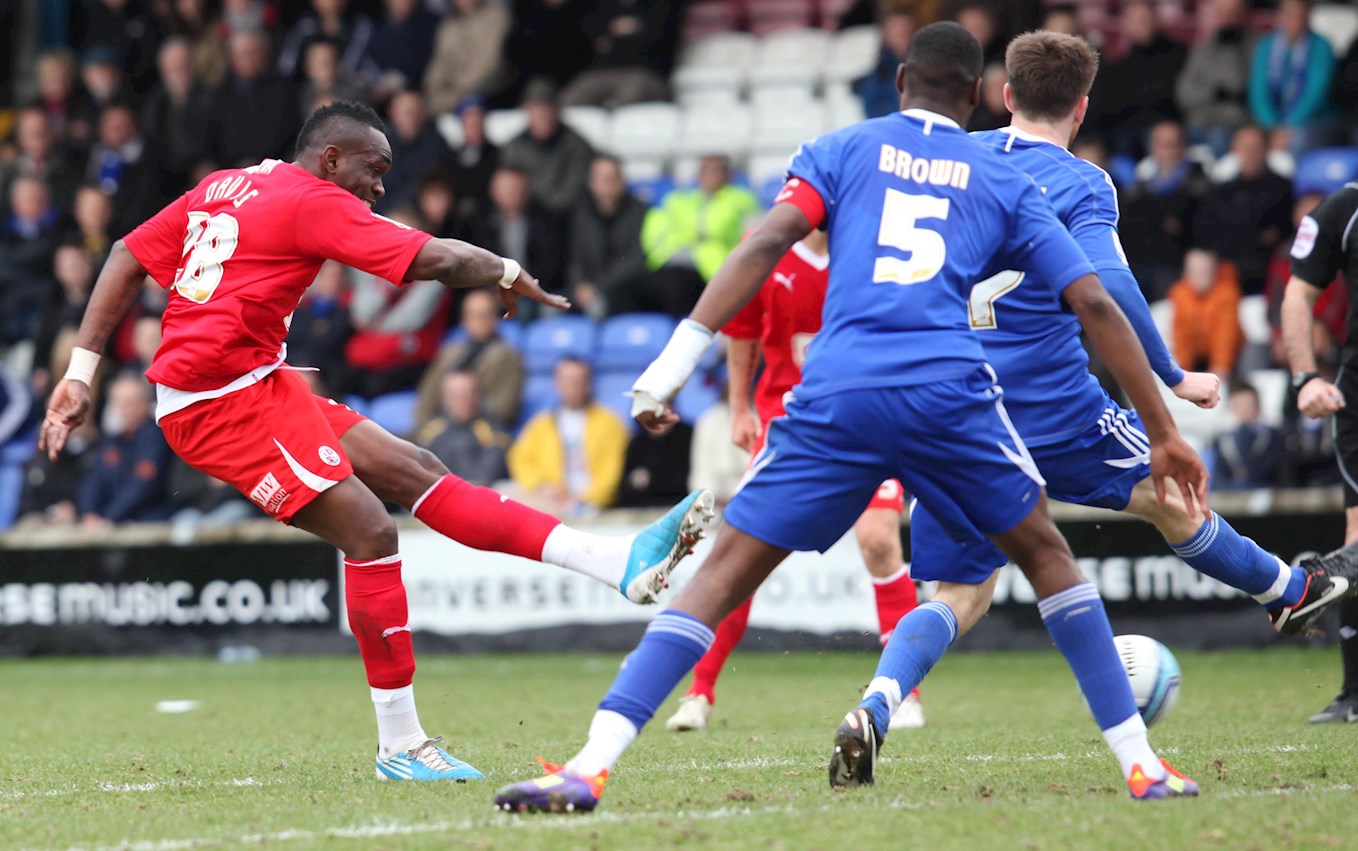 December’s trip to Moss Rose was our first in six years following Macclesfield’s relegation to the National League at the end of the 2011-12 campaign.

Conditions were extremely difficult with a gale-force wind accompanied by heavy rain but the hosts ran out 2-0 winners. The wind caught a strike from Elliott Durrell to take it past Glenn Morris for 1-0, before the floodlights went out at half time.

The swirling winds played havoc and both sides struggled throughout the second half. Advertising boards were even ripped from their position onto the pitch. The lights were restored after a 15-minute delay to the start of the second half and Harry Smith doubled the Macclesfield lead five minutes from time.

Main picture: Tyrone Barnett is mobbed after scoring our first Football League goal at home in the 2-0 win over Macclesfield in August 2011