A look back to previous meetings against the Mariners

Reds will be looking to preserve a 100 per cent home record against the Mariners when we face Grimsby for the sixth time in Football League action on Saturday.

In both two previous encounters here, Reds have scored three goals including a 3-0 win in the corresponding fixture last season.

We were in a rich vein of form when Grimsby arrived last February having won six of our previous seven games.

Crawley broke the deadlock on the stroke of half-time when Enzio Boldewijn was brought down by Luke Summerfield, and Jimmy Smith stroked home his seventh goal of the season from the penalty spot.

The second goal arrived in the 62nd minute when Karlan Ahearne-Grant (celebrating below), on loan from Charlton, scored his second goal in as many games with an unstoppable right-foot shot from the edge of the area. 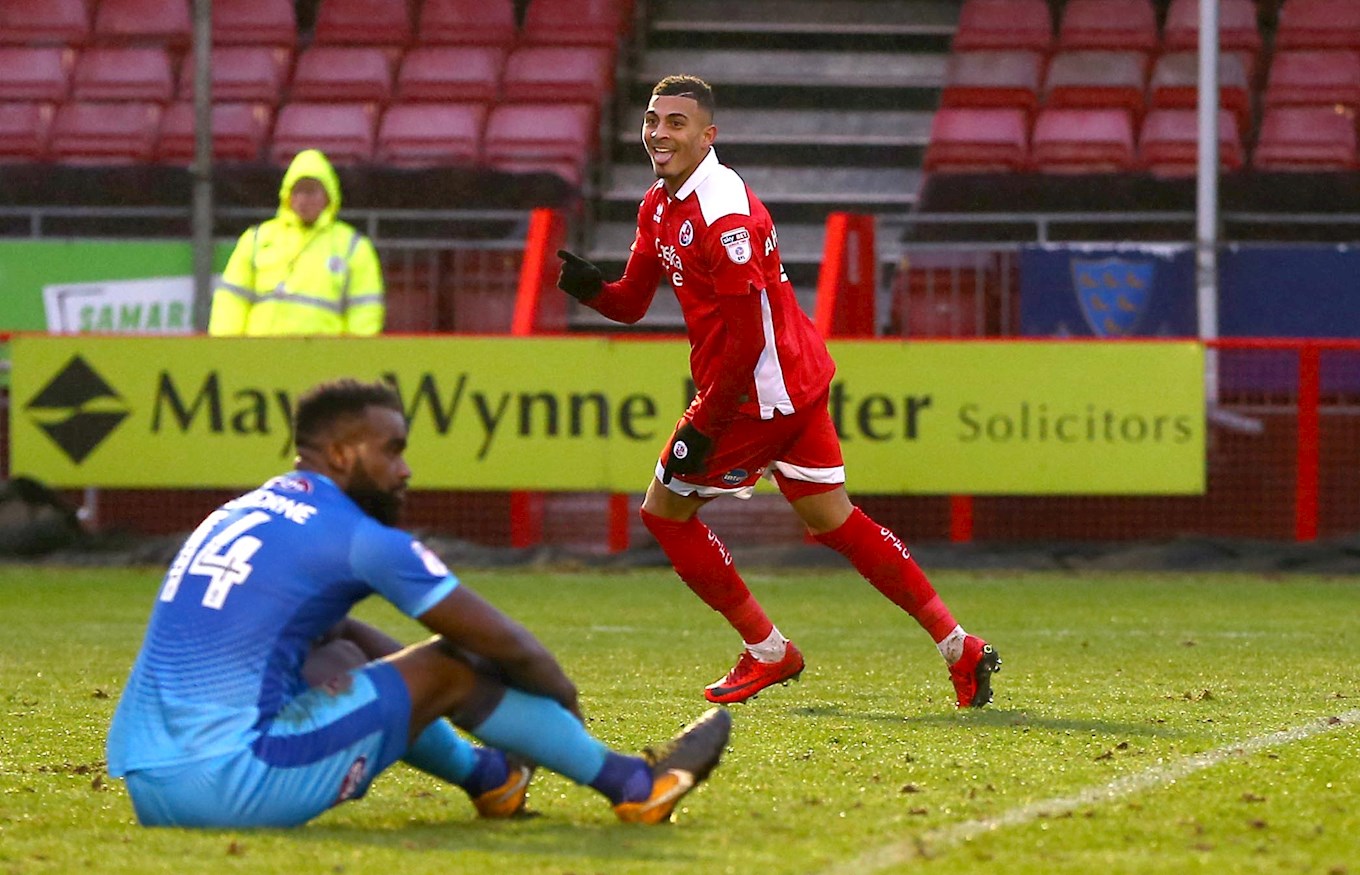 Boldewijn sealed a comfortable 3-0 win in the 69th minute by neatly chipping Killip from a deft pass by substitute Mark Randall. Victory moved Reds to within four points of the play-offs.

Our first League meeting with the Mariners came in November 2016 when Dermot Drummy was in charge of Crawley.

James Collins opened the scoring in the 31st minute when he converted Adi Yussuf’s cross but Omar Bogle, who was scoring goals for fun that season, levelled on the stroke of half-time.

Jordan Roberts then took centre stage. He scored his first goal for the club on 56 minutes with Collins getting the assist before making it 3-1 11 minutes from time when he netted direct from a corner (main picture).

Bogle got his second in the last minute with a superb strike from 30 yards into the top corner but Reds held on.

Away from home Reds have a decent record at Blundell Park. There have been two League draws, the first in November 2017 when Rhys Murphy cancelled out Sam Jones’ opener in a 1-1 draw. Harry Kewell’s side chiselled out a 0-0 draw last season but Grimsby claimed their first League win against the Reds earlier this season when they won 1-0.