As well as meeting promoted Salford City for the first time next season, Reds will be reacquainted with four clubs who have come down from League One - Plymouth Argyle, Walsall, Scunthorpe and Bradford City - when the new campaign kicks off in August.

Our look at past meetings with this quartet begins with Plymouth, whom Crawley first faced in a League 2 game on October 1, 2011. The visitors’ line-up included two players who subsequently spent time at our club: midfielder Simon Walton, who had a season here in 2015-16, and Warren Feeney, who was Harry Kewell’s No.2 during his spell in charge of the club.

Two goals from Matt Tubbs (below) sealed a 2-0 win in front of a crowd of 3,175 and when we headed to Home Park in January 2012 it looked as if we would do the double over the Greens when Pablo Mills put us in front on the stroke of half-time. But French defender Max Blanchard scored a 90th-minute equaliser in what turned out to be Tubbs and Tyrone Barnett’s last appearance for the Reds. A couple of days later they were sold to Peterborough United. 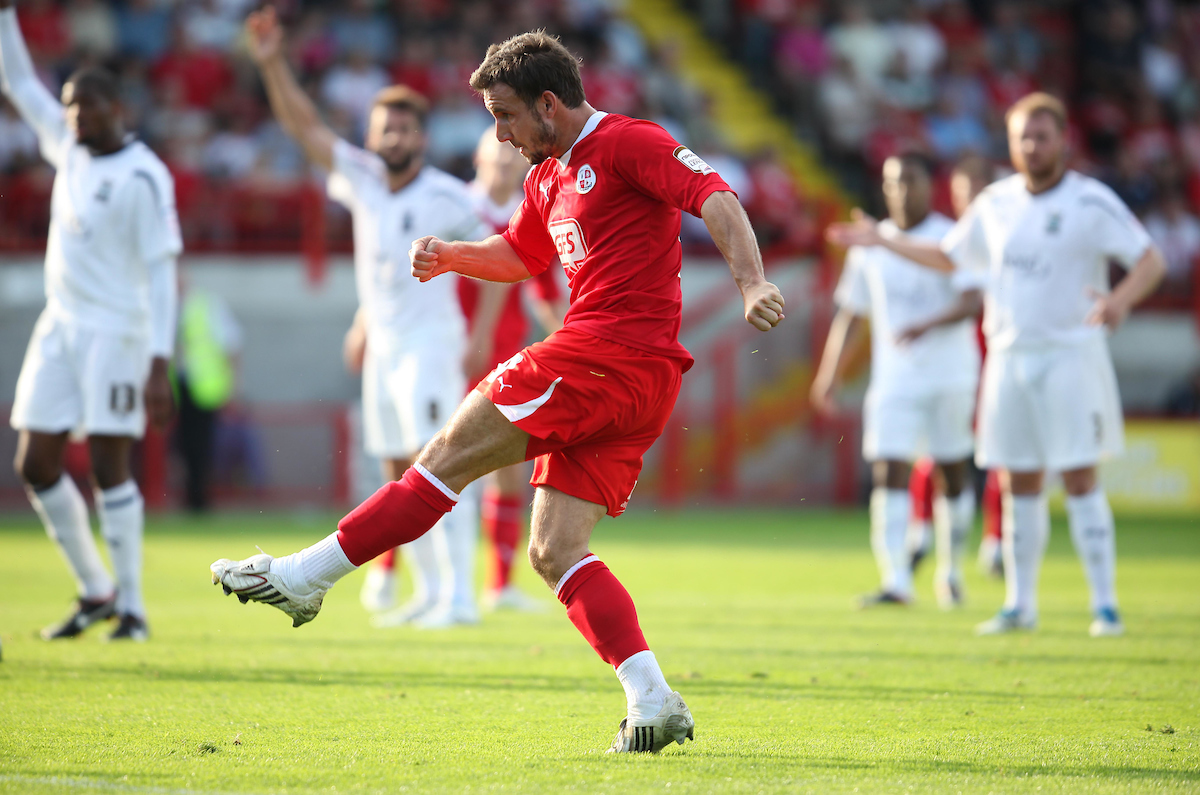 It was more than three years before we faced Argyle again in a League 2 match at Home Park in October 2015. Mark Yates was in charge of Reds who had just enjoyed a morale-boosting 3-0 win at Newport County. Mitch Hancox made his debut after joining on loan from Birmingham City while ex-Red Josh Simpson was on the Argyle bench. Plymouth led 1-0 until the 85th minute when Roarie Deacon equalised. However, in the 89th minute, former Crawley loanee Hiram Boateng popped up with a goal to seal Plymouth’s 2-1 win.

The return game in February 2016 ended in a 1-1 draw. It was the game where current Reds’ defender Tom Dallison made his debut after joining on loan from Brighton but he played for most of the second half with a broken foot and had to return to the Seagulls. In front of 3,522 Plymouth took a second-half lead but substitute Shamir Fenelon (below) grabbed an 87th-minute equaliser. 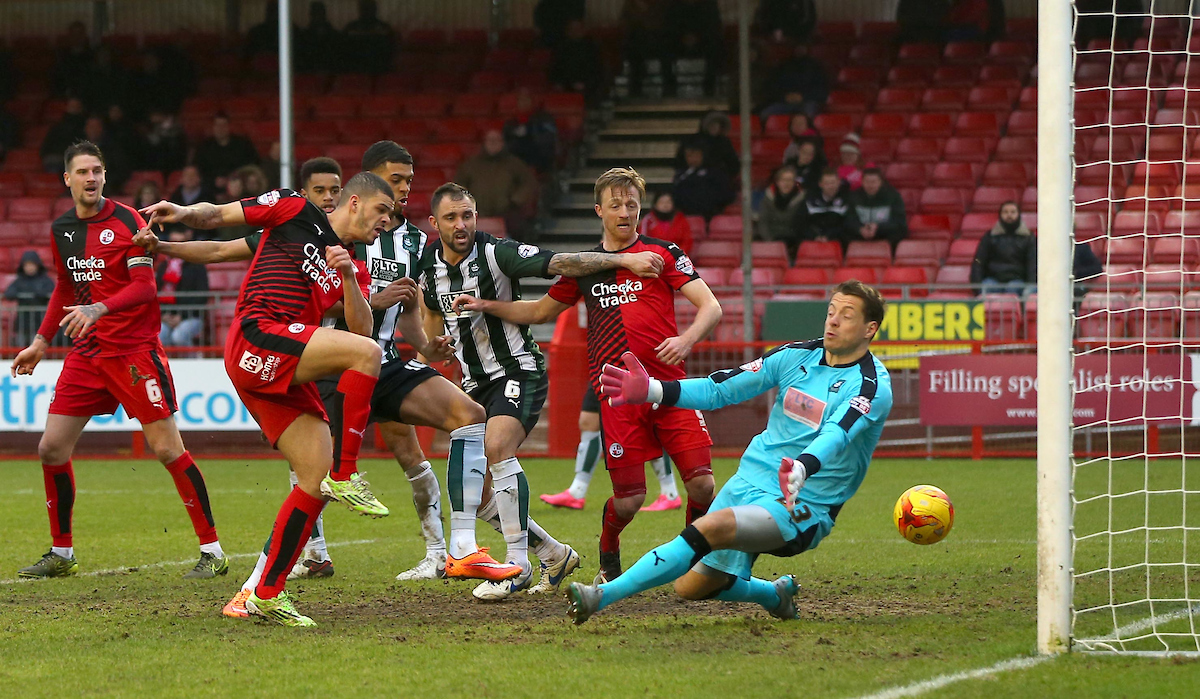 Plymouth were pushing for promotion the following season and won both meetings. On New Year’s Eve 2016, and with Head Coach Dermot Drummy confined to bed with illness, assistant Matt Gray saw Reds acquit themselves well for long periods but lost 2-0 to two second-half goals. Sonny Bradley lined up for Plymouth having joined them from Crawley at the start of the season.

The return game saw Argyle claim a 2-1 win thanks to a 90th-minute goal in front of 3,423 fans. Dean Cox had put Crawley ahead in the first half but Graham Carey equalised with a penalty before Ryan Taylor popped up with a late winner.