Reds rediscovered their winning ways in style thanks to an excellent Emirates FA Cup display at The People’s Pension Stadium.

Ashley Nadesan’s header gave Crawley a deserved lead after what has been a difficult few weeks, before Ryan Colclough pulled Scunthorpe level in the second-half.

The hosts regained their advantage thanks to a sensational effort from Reece Grego-Cox, who hammered the ball into the top corner, before Alex Gilliead squandered a huge chance to get the Iron back in the game late on.

Crawley wrapped it up in style, with substitute Ashley Nathaniel-George and Grego-Cox adding goals in stoppage time to give the Reds a much needed win and a place in the second round for the first time in six years.

Gabriele Cioffi gave starts to Nadesan and David Sesay, with Josh Doherty missing out through injury.

Crawley began the match on top and their domination was rewarded in the 34th minute when Nathan Ferguson’s first time bending strike was parried by Iron keeper Jake Eastwood, with Nadesan heading in from point-blank range for his first goal at home.

Nadesan’s goal brought the cup-tie to life, and early in the second-half the Iron nearly pulled level when Kevin van Veen’s free-kick deflected of the wall and fell kindly to Colclough but Glenn Morris pulled off an excellent reaction save to preserve the Reds’ lead.

Bez Lubula had two shots at goal, forcing a good double save from Eastwood, but the visitors equalised in the 81st minute with a wide free-kick falling to Colclough, who slotted home at the back post via a deflection off Jordan Tunnicliffe to make it 1-1.

It was Scunthorpe with their tails up, but Crawley responded with a moment of individual magic from Grego-Cox, who picked up the ball out wide on the left, before coming inside and firing a right-foot rocket into the top corner, leaving Eastwood with no chance, and giving Crawley the lead again in the 84th minute.

Scunthorpe had a huge chance to level late on when Alex Gilliead pounced on a misplaced pass by Tom Dallison in Crawley’s half, but with only Morris to beat, he slashed the ball over the bar, with two of his teammates unmarked.

The visitors pushed forward in the six added minutes and Crawley picked them off with two more goals.

The tie was wrapped up in style when Panutche Camara found an unmarked Nathaniel-George, who converted with a simple finish from close range for his fourh goal of the season before Grego-Cox joined him on four goals with a precise finish into the bottom corner after another counter-attack with what was the last kick of an entertaining game.

Check back later for a full match report. 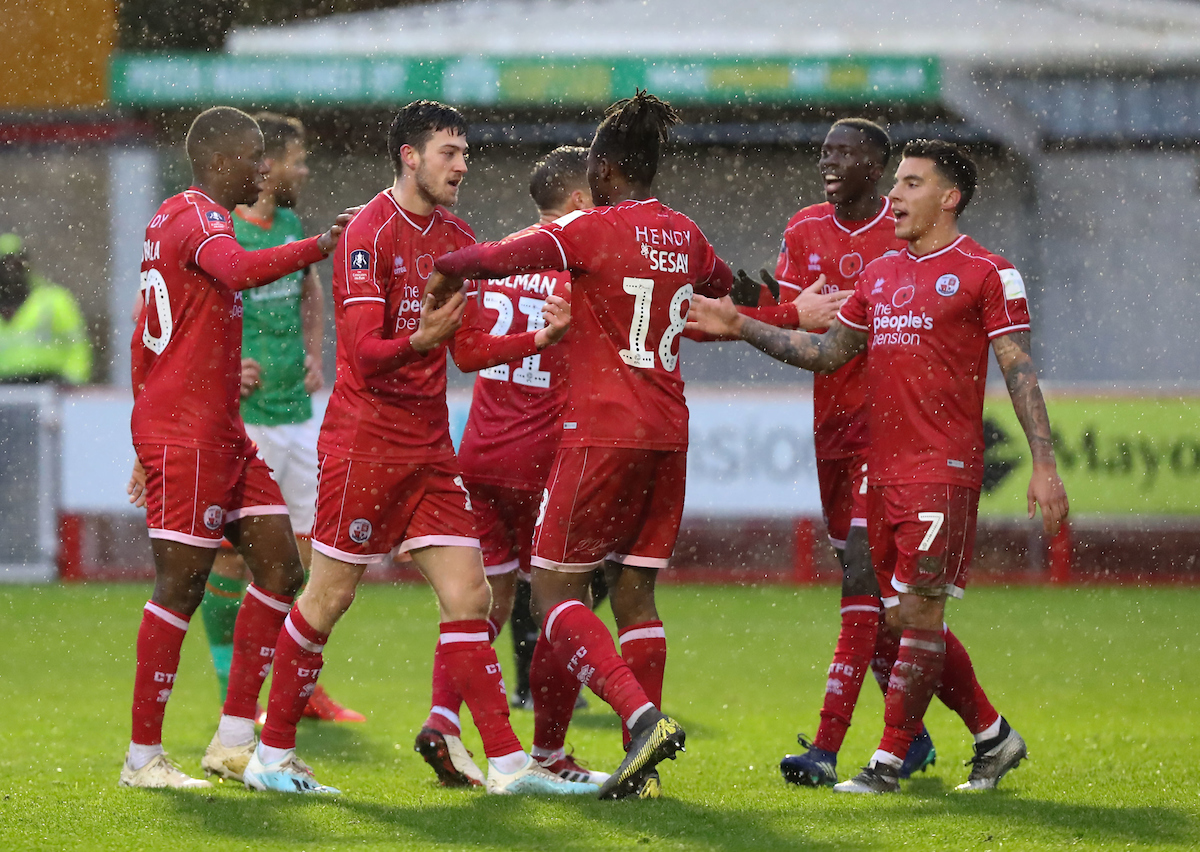 JED BROWN SIGNS FOR THE REDS