The full fixture list for the upcoming 2020/21 Sky Bet League Two season has been released, seeing the Reds kick-off their league campaign away to Port Vale at Vale Park on Saturday 12th September, one week on from our first-round Carabao Cup game at home to Millwall.

Kick-off at Vale Park on Saturday 12th September will mark our tenth season in the football league, where we started our League Two journey also away to Port Vale.

Our first league home game will be played on Saturday 19th September as we host Scunthorpe United, a side that we defeated twice at The People’s Pension Stadium last season in both the league and FA Cup. 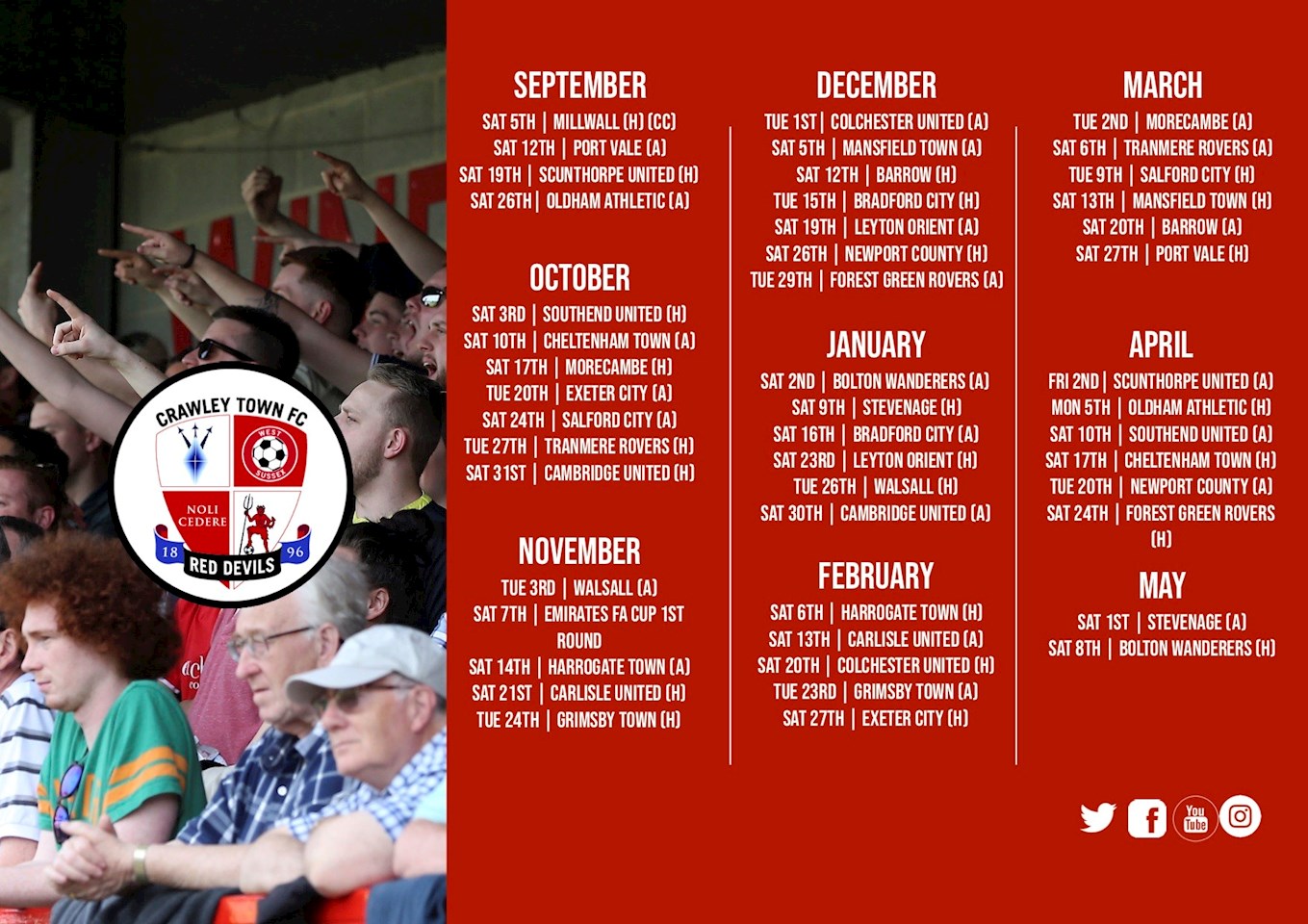 Then we travel north to Oldham Athletic to complete our September football on Saturday 26th, hosting newly relegated Southend United at The People’s Pension Stadium in our first October league game on Saturday 3rd.

Our festive schedule sees us host Bradford City on the 15th, before travelling to The Breyer Group Stadium to take on Leyton Orient on the 19th, a fixture that saw such drama last season as the Reds turned the game around to win 3-2.

On Boxing Day we are hosting Newport County at The People’s Pension Stadium, before travelling to Gloucestershire three days later to take on Forest Green Rovers on the 29th.

We finish the season on Saturday 8th May at home to newly relegated Bolton Wanderers.