Crawley Town Football Club are delighted to announce The Filming Company as our sleeve sponsor for this weekend’s Emirates FA Cup tie away at Torquay United.

The Filming Company have been working closely with the club since the start of the season, producing our kit launch videos and marketing material for various club products, but most notable is their work on the club’s pre-match show, Talk of the Town.

Head of Commercial, Joe Comper, was delighted that The Filming Company had chosen to grow their partnership with the club, branching into sponsorship: “We are very keen at the club to do business with good people, and we are fortunate to do so with many great local businesses and business people. Nick Williamson and Morgan Andrews at The Filming Company definitely fit in to the category of being “good people”. Talk of the Town has had a number of plaudits from our fan base since the start of the season, and the viewership is always increasing. We’re regularly getting over 2000 views per show, and I genuinely believe this isn’t down to who is presenting or who is being interviewed, it’s mostly down to the quality of the production that these guys are churning out for us week in week out. I’m grateful for their sponsorship of our sleeve for the FA Cup in a time where sponsorship is hard to come by, but I’m even more grateful to them for their efforts up and down the country so far this season, trying to bring fans with us into the stadium as much as we can.” 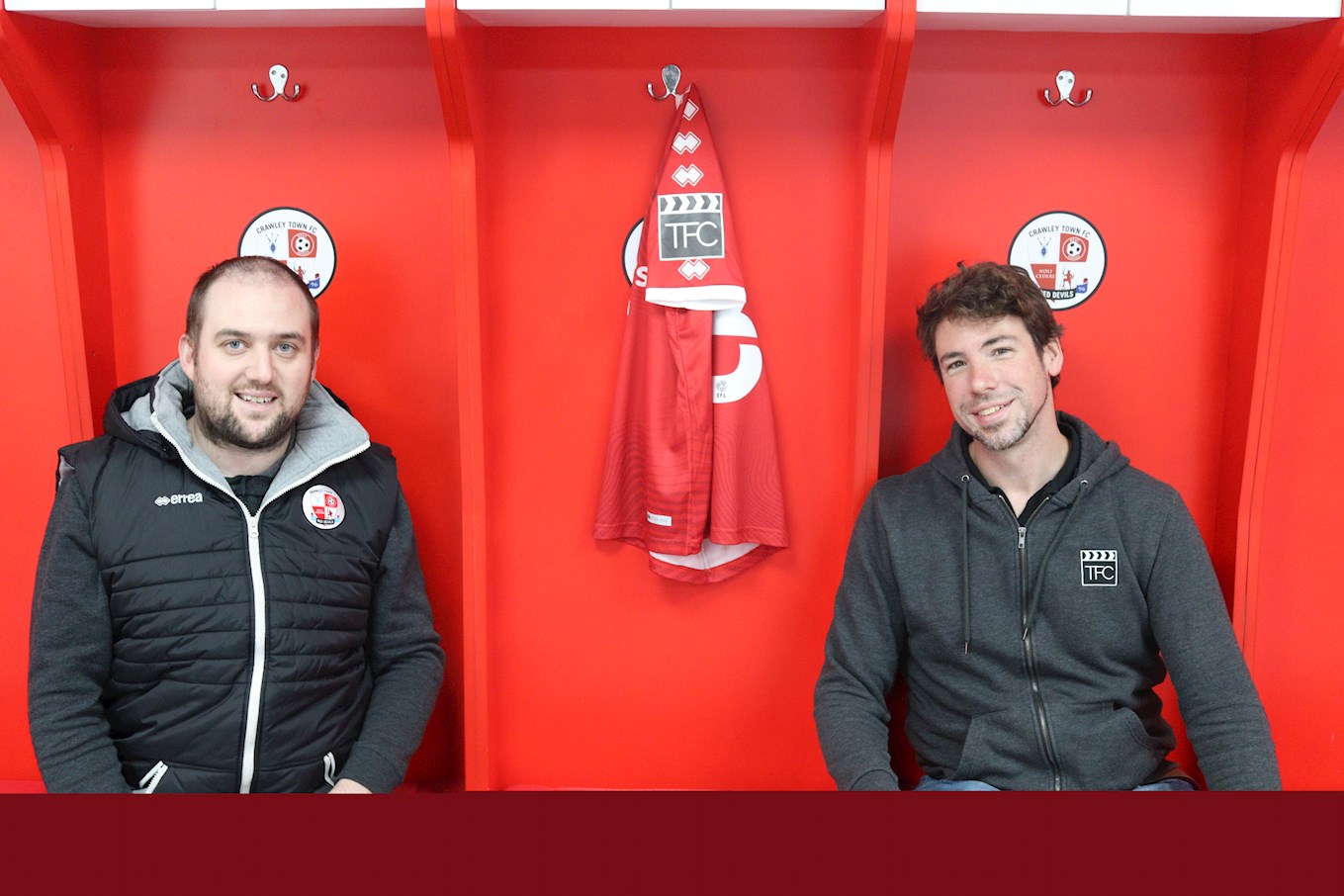 Nick Williamson, Director of The Filming Company, said: "In the strangest of times it is heartwarming to see so many of the team at Crawley Town FC work as hard as they can to make fans part of the game they can no longer come in and watch. We are truly humbled by the connections we have with all the staff at the club and it is always a dream to have a client that works as hard as you do. The club are working so hard with all the projects and productions we are part of and we can't wait for what's to come. All that's left for Morgan and I to say is COME ON YOU REDS!"

The Reds will walk out at Plainmoor on Sunday in their red kit, with The Filming Company donning the left sleeve and the Emirates FA Cup logo the right.