We’re 12 matches into the season, how have you enjoyed your time at the club so far?

“Despite the results, which are obviously not good enough. I have been welcomed into the team by a great group of staff and players. The staff behind the scenes have been great as well. They are the ones that keep the club ticking. I firmly believe that when we start to get the results that we are all after, it will tie in nicely. I’m hoping for some really enjoyable times here.”

It is no secret that we haven’t started as well as we could have. How confident are you that we can turn this form around?

“I am very confident that we can turn this around. We know how hard we work between Monday and Friday, and I think we begin turning that into three points on a Saturday very soon. We know the quality that we have in the squad, and we have got so much more in the tank.”

After the departure of Kevin and Dan, Lewis Young is stepping in as interim manager, how has your relationship been with him since you joined?

“While we note that it didn’t work out with Kevin and Dan, I think it is important for me to say that I really do appreciate them, as they were the ones that brought me to the club. If it wasn’t for them, I would not be here, so I am grateful for that. I think Youngy is a very valuable member of staff. He gets a lot of respect from the players, and he gives that back. He’s incredibly knowledgeable having played hundreds of games for the club. I like to pick his brains, and I have learnt a lot from him already. This week has been great so far. We’ve stripped it down to basics and are trying to get back to a winning mentality.” 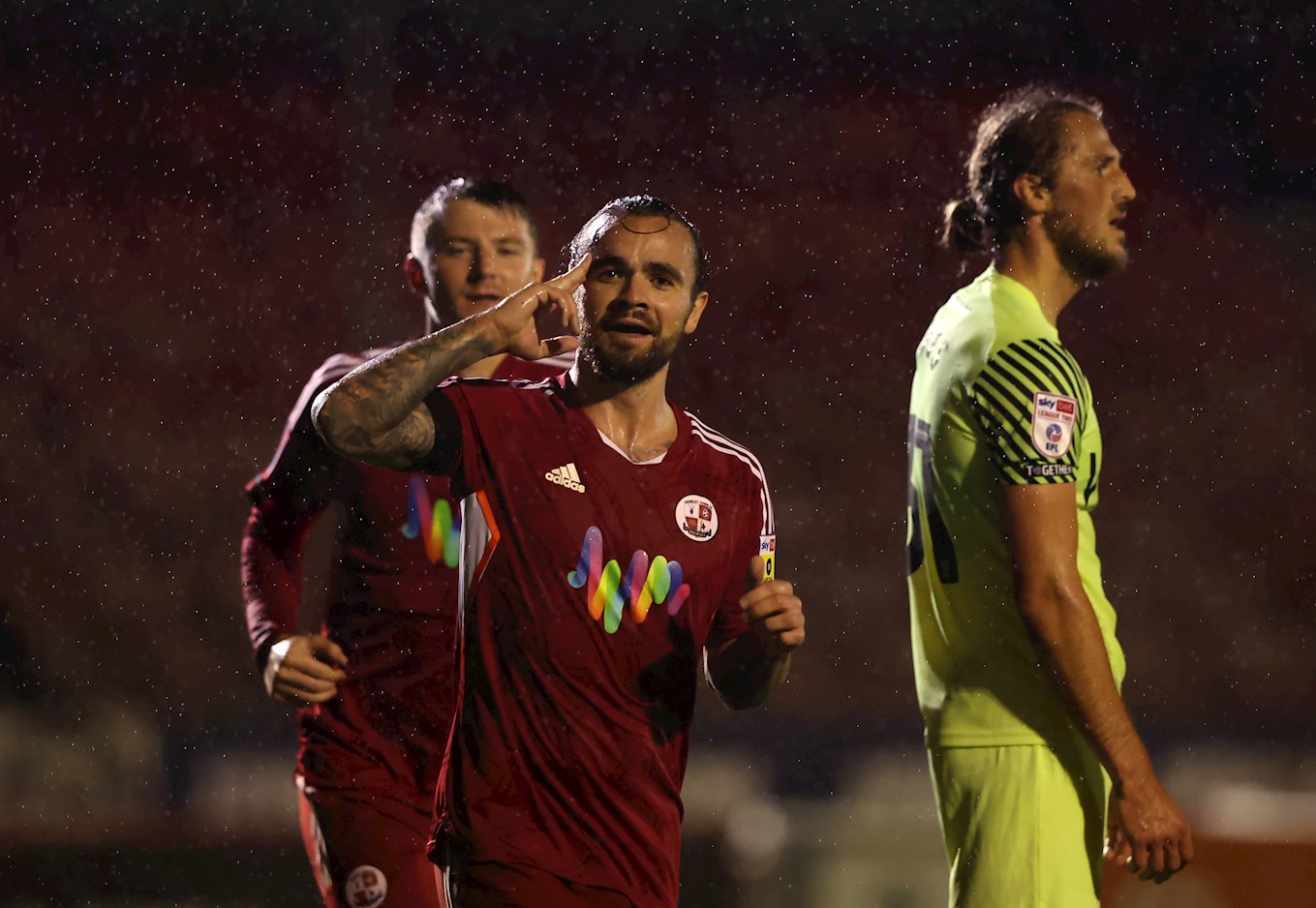 We face your old team this afternoon, one that I am sure you have plenty of good memories at?

“I have some fantastic memories at Newport, and arguably some of the best I have had in football. It was tough for me when I started there, and I was on the transfer list, which made it a tough six months. With a change of managers, it was a breath of fresh air for me as I started playing every week, which is where the goals came. It’s no secret that if a striker is playing and scoring goals, they are going to be happy. The fans, staff and players were all welcoming.”

Does playing against a former team inspire you more as a player, or is it just any other game?

“I suppose it is any other game really! We are fully focused on getting all three points, which is what we always set up to do. Our intentions and myself personally will always remain the same. It will be good to see some old faces, and if they are reading the programme before the game, I think they will be a bit nervous because I used to enjoy running rings around them in training. I’m only kidding. I know the challenge that they will bring, and as a team, we know how hard we need to fight to get three points.”

You were recently presented with your PFA 2021/22 Team of the Year Award, I can imagine that was a special feeling?

“It was a very special feeling for me. With the start of the season and pre-season, I spent most of my time at home. I never had the expectation of scoring as many goals as I did that season. To top off that season with the award was a very special feeling. Knowing that the votes came from other players and teams makes it extra special and valuable.” 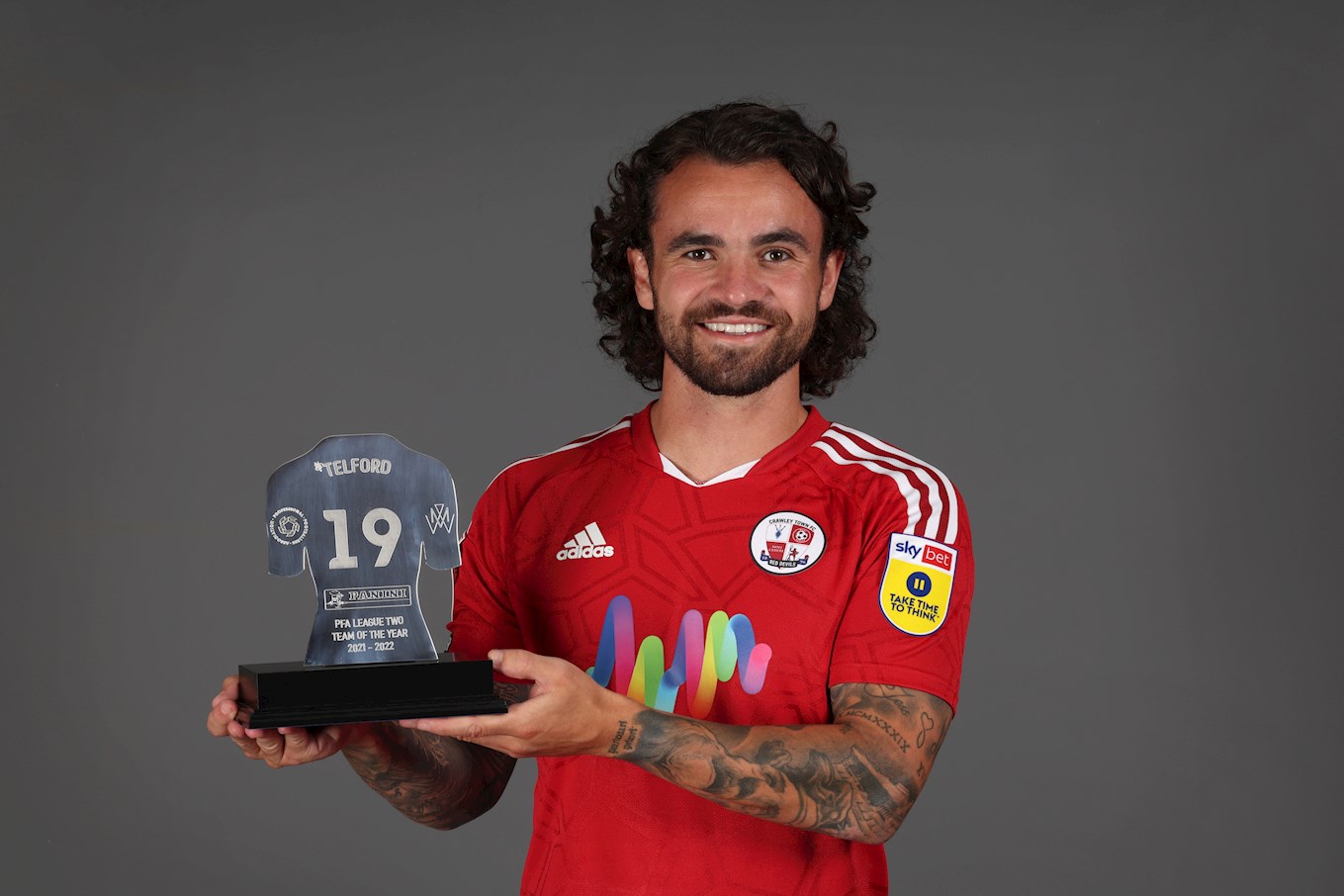 Despite the form, the fans have travelled to every game in good numbers. How much of an impact do they have on a player?

“They have a massive impact. It is a bit of a cliche to say that the fans are important, but they really are. We know and appreciate that their hard-earned money has gone to us. They have stuck with us through the bad times so far. We know what we need to do to turn it around, and we hope we can reward their hard-earned cash with some points soon.”

You have had plenty of time to get to know your new teammates. Who would you say is the funniest?

“I get on very well with Tony Craig. We have an ongoing gag where I steal his shower gel, which has been going on since our Bristol Rovers days. However, in terms of the funniest, I would have to say, Tom Nichols. Not because of his personality, but because every time I look at him he makes me laugh. He can’t grow a beard, even though he’s 29, and his moustache is terrible.”

“I hadn’t made my mind up before today. However, after Dion Conroy came into training wearing a Chelsea Football Club Champions League tracksuit and told everyone that it was when he flew on a private jet with the squad for a Champions League game. We were all confused as we didn’t know Swindon were in the Champions League, but then he reminded us that he played for Chelsea. For that, which in my opinion is miles offside, it has to be Dion.” 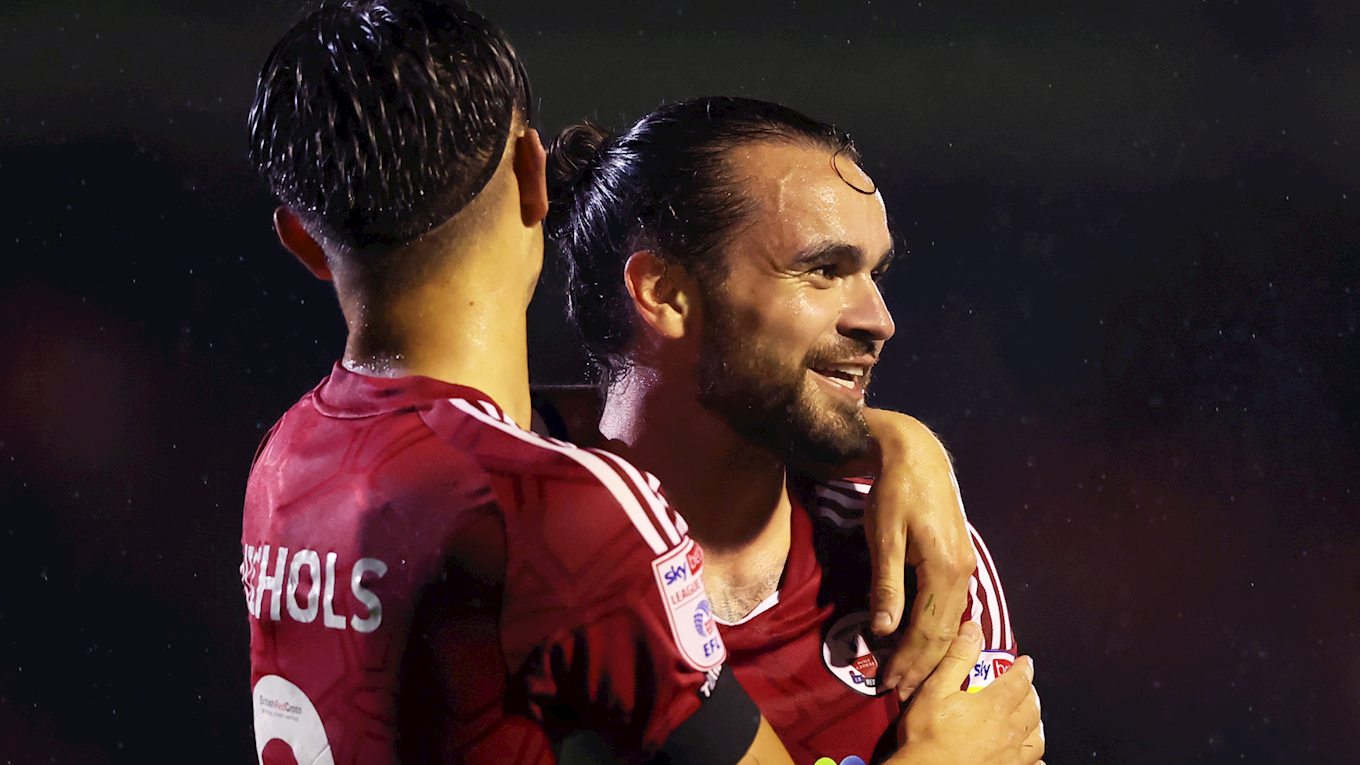 “Powelly has good taste. He plays some good old-school stuff!”

Most likely to win a CTFC Royal Rumble?

“It’s close between Lynch and Corey. Lynch would have a big shout for it, as he’s bloody massive, and I can’t see anyone moving him. Corey has a good chance because he is practically 7 feet tall, and for me to punch him in the face, I would have to stand on a ladder!”

MARK MARSHALL TO LEAVE THE CLUB