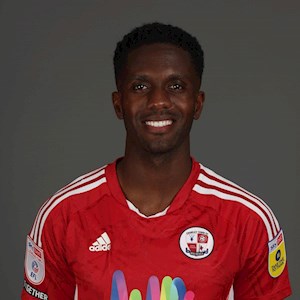 On July, 22, 2022, Crawley signed Brandon Mason after he impressed on trial in a pre-season friendly against QPR.

The 24-year-old has fantastic footballing experience, playing 36 times in League One, and twice in the Premier League as well as featuring frequently in the Scottish Premiership, FA Cup and EFL Cup amongst other leagues and competitions.

Mason started his professional career at Watford after graduating through the youth system, he notably made his debut in the Premier League on New Year’s Day of 2017 against Tottenham Hotspur, before he played again in the FA Cup against Burton Albion, claiming an assist to provide a goal for Christian Kabasele.

One year later Mason joined Dundee United, before signing a deal with League One Coventry City where he spent three years. During this spell Mason headed back to Scotland for a loan to St Mirren in 2020, where he played 90 minutes on the left of midfield in a side that defeated Steven Gerrard’s Rangers 3-2.

The wing-back has been unfortunate with injury since his arrival, but as of January 2023, is back into the side and impressed away to Newport County.