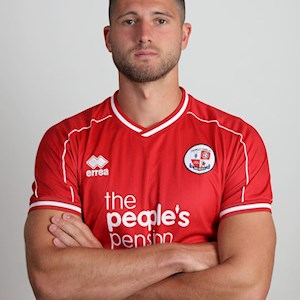 The centre-half’s most recent club was National League Torquay United, for whom he made three appearances last season.

The 25-year-old started his career with QPR, during which time he played seven games on loan at Mansfield Town.

In 2015 he joined Scottish club Hamilton Academicals before returning south in 2017 for a spell with Swindon Town, for whom he made 17 appearances before he suffered a knee injury which kept him out for 12 months.

He then linked up with Leyton Orient and made 14 appearances for the O’s. Last season he had a brief spell with St Albans City before joining Torquay.