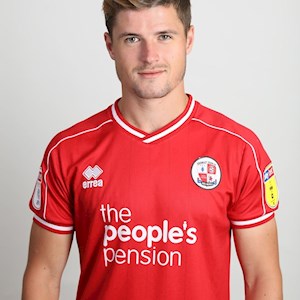 The Watford academy product, who played under former Head Coach Harry Kewell during his time in Hertfordshire, signed his first scholarship forms with the Hornets in 2012, before making his senior debut for the club in 2014 against Huddersfield Town.

In the summer of 2016 the defender joined Leyton Orient, before moving on to Altrincham on a month’s loan.

He arrived at Crawley in August 2017 and after an impressive debut season the former Northern Ireland U-21 international was rewarded with a new contract until 2020.

Josh Doherty called up to Northern Ireland U21 squad