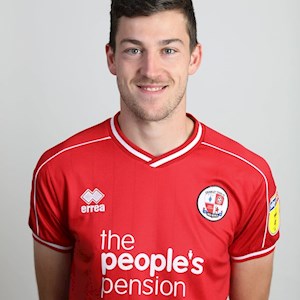 Striker Ashley joined Reds on a three-year contract in July 2019.

He made his name locally with his goalscoring exploits for Horley Town in the Combined Counties League. Having started his career in their youth teams as a centre-half, he became a prolific striker and over the course of 2013-15 he notched 99 league and cup goals.

That form alerted several League clubs and in July 2016 he joined Fleetwood Town, making his League debut at the start of the 2017-18 season against AFC Wimbledon.

Later that season Ashley joined Carlisle United on loan and he also spent the first half of the 2019-20 season at Brunton Park before returning to Fleetwood. During the last two seasons he has scored 14 League and Cup goals in 67 appearances for Fleetwood and Carlisle.