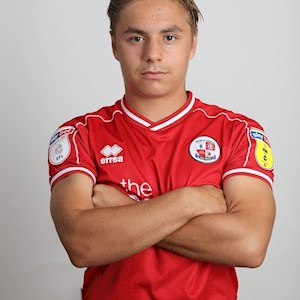 Young striker Brian Galach joined Reds on a three-year contract with the option of a further year in July 2018.

The Polish-born 17-year-old was with Leyton Orient’s youth system before joining Aldershot where he was a prolific marksman in their under-19s and under-23s during the 2018-19 season, scoring more than 40 goals.

The forward player had various contract offers from Polish first division clubs before heading to Sussex. He made his full debut against Portsmouth in October 2018 and his League bow in the final game of last season against Tranmere.