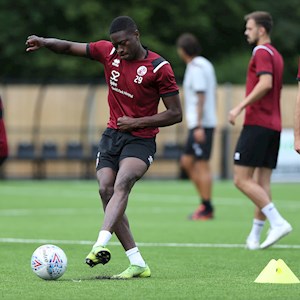 A free agent after his release from Cardiff, Meite joined the club on an 18-month deal in February 2019.

Previously at the club on loan from The Bluebirds for the first part of the 2017-18 campaign, Ibrahim scored three times for the Reds in 20 appearances.

Meite was signed by the Welsh club two years ago, after catching the eye whilst playing for Isthmian League outfit Harrow Borough.

The 21-year old made his debut for the Bluebirds in April 2017, in a 0-0 league draw with Wigan Athletic.