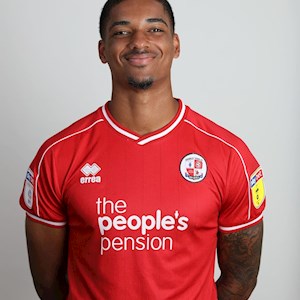 The 22-year-old spent the first part of last season on loan with Scottish Premier League club Hamilton, scoring three goals in nine appearances. In January he joined AFC Fylde in the National League but his debut was cut short when he broke his arm in two places in a 3-2 win over Bromley and spent the remainder of the season recuperating.