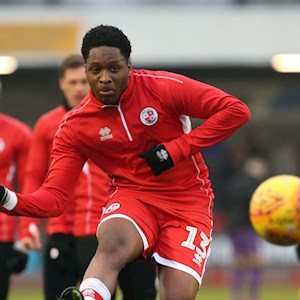 Reds signed striker Ricky German, one of the most prolific goal scorers in non-league football last season, on a three-year contract on January 1 2019.

The 19-year-old former Chesterfield player had netted 28 times in 21 games for Southern League Hendon. Ricky was a trainee at Chesterfield and signed a two-year pro deal with the Spireites in 2016 when he was 17.

He played under three different Chesterfield managers as the club slipped down from League One to the National League before he was released in 2018, having played for Alfreton Town, Sheffield and Matlock Town on loan the previous season. He made four substitute appearances for Crawley in the second half of last season.

At the start of the 2019-20 he joined Hemel Hempstead Town on loan.