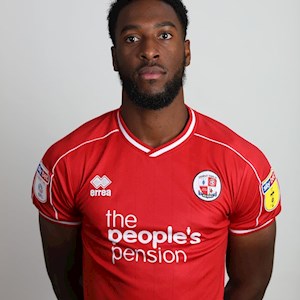 Midfielder Nathan joined the club from non-league Dulwich Hamlet in 2019 on a two-year contract.

He began his career with Grays Athletic where his performances alerted several League clubs. He signed for Burton Albion in 2015 but failed to make a first-team breakthrough and after a spell at Dartford on loan he joined Port Vale in 2016, making one first-team appearance in the Football League Trophy.

Whilst with Vale he played for Southport and Bromley on loan before heading back to the capital in 2017 to sign for Dulwich for whom he was a regular in the last two seasons.