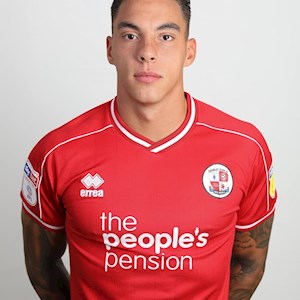 Reece joined the Reds on a two-year contract after impressing whilst on trial in summer 2018.

Having progressed through the QPR youth system, Reece made made five first-team appearances and made his Premier League debut in 2015, coming on as a substitute at home to Spurs.

The versatile frontman went on loan to Newport County in 2016 and the following year had a spell in the National League with Woking. He has represented Republic of Ireland at under-21 level. He made 32 appearances in his debut season for Reds and scored his first League goals in a 3-1 win at Exeter on Good Friday 2019.