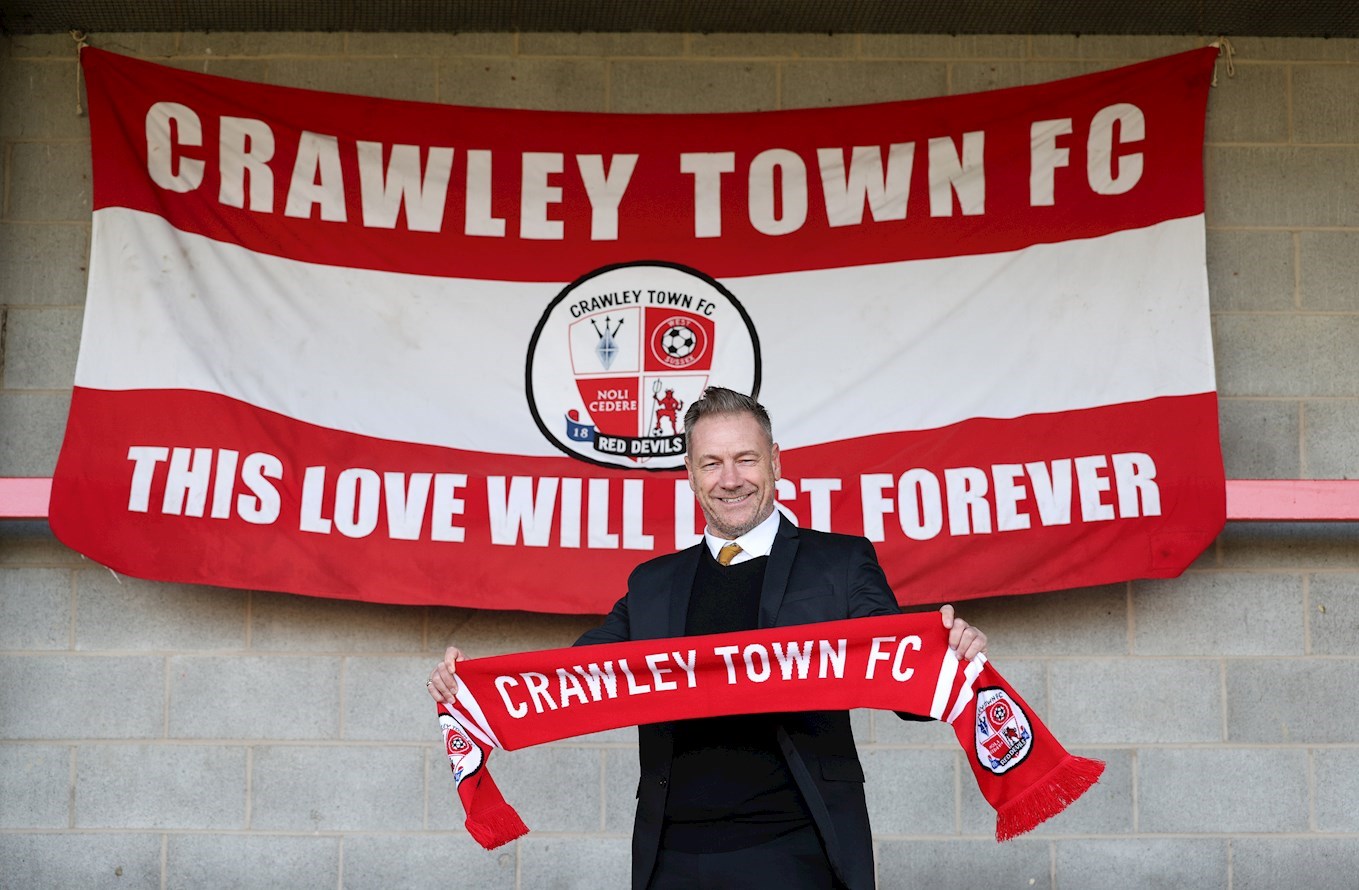 On the 11th January 2023 Crawley Town Football Club announced that Scott Lindsey had been appointed as the new First-Team Manager on an initial two-and-a-half-year contract. Lindsey joined the club, having spent the first part of the 2022/23 season at promotion-chasing Swindon Town.

Lindsey is joined at the Red Devils by Jamie Day, who will serve as Scott’s Assistant Manager. Day had been serving as Lindsey’s Assistant at the Robins this season before his move to West Sussex. The former Bangladesh international team manager has held several first-team manager roles himself, including two spells at Welling United.

Scott enjoyed a successful playing career which lasted well over a decade and included spells with Gillingham, Dover and Welling United. His first coaching role came at Folkestone Invicta as a player/coach, but he left the club in January 2009 to become a Technical Development Coach at Gillingham.Following the appointment of Chris Sutton as manager of Lincoln City at the end of September 2009, Lindsey was appointed first-team coach at the club and would later serve as caretaker manager. Lindsey began his first spell with Swindon in 2014, where he joined as U18’s Manager. Lindsey left his role in 2016 to take the Assistant Manager role at Forest Green Rovers but returned to the County Ground in 2021 to join former Manager Ben Garner as the Robins’ Assistant Manager.

Upon joining the Reds, Lindsey said: “I’m really excited to be here. It has taken a while, but I am delighted to finally get the deal done and over the line. I am straight to work on the training ground tomorrow, they are a great group of lads, and I look forward to working with them. When Crawley put the approach in to Swindon, I was immediately excited and wanted to see what it was all about. It was clear to see the plan that Chris and the owners have in place and how they want to move the club forward. Working with Chris every day will support me, and it is clear to see that this is a progressive club who are only looking to move forward. I look forward to meeting all of the fans on Saturday and getting stuck into the challenge.”

Director of Football and Interim CEO Chris Galley said: “We are delighted to welcome Scott and Jamie to Crawley Town Football Club. We have been impressed with the way that they worked at Swindon this season, and you can see why they are high up in the table this year. Their work ethic is excellent, and their desire to win speaks volumes. They really impressed us during the interview process and we are extremely happy that we have secured their services for the second part of this season. They join us at the perfect time as we are well into the January window. Scott has time to assess the team, and I look forward to working with him in the near future as we look to help this club grow. We all want Crawley to succeed, and we are only looking up the table from here.”

Co-Chairman Preston Johnson said: “We’re thrilled to have Scott and Jamie joining the club. I know they will demand the best out of our footballers and staff both on and off the pitch and help us set a new bar for CTFC in 2023. And, of course, I’m confident they’re the best for the job to keep us from getting relegated, which I know is all anybody ultimately cares about the rest of this season.”